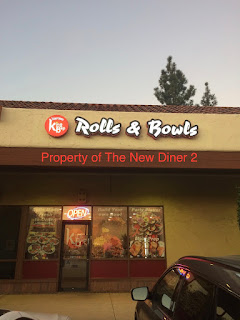 A few doors down from The Whole Enchilada, is King Bap, a Korean rolls and bowls place.  I've seen Korean sushi and many Koreans own sushi restaurants.  I thought this was going to be a poke bowl type place.

It's a small restaurant with the counter right in front of you as you walk in.  There are tables around the other parts of the restaurant. 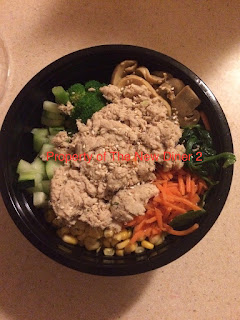 Bowl with choice of brown or white rice, lettuce, choice of six veggies and one sauce. $5.95.  With tunafish
Posted by Johnny Diner at 8:22 PM