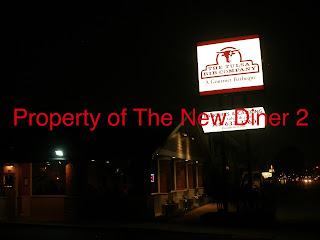 I went to the old The Tulsa Rib Company back in 2006. In March of 2013, Tulsa Rib moved to a new location on Katella Ave. The interesting part about this location is that Scottie's Smokehouse moved here a few years ago, but for whatever reasons, Scottie's didn't last too long at this address.

The new location gives the impression it is bigger but the parking lot in back is too small for the number of people the restaurant can hold. The interior has a western decor and was packed for a Saturday night.  The interesting thing I found was that all the TV's had the Dodger game on instead of the Angels game!  They did switch the TV's to the Angels' game after the Dodger game was over. 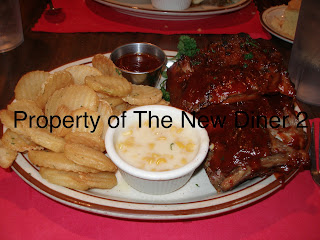 Spicy Baby back ribs with creamed corn and Tulsa potatoes, $17.50.  While Tulsa Ribs say they are a gourmet BBQ restaurant, they do NOT BBQ their ribs.  The ribs are boiled and them cooked in an oven and then BBQ sauce is poured on.  If you want or expect real BBQ, this isn't the place.  If you think Tulsa Ribs is an example of real BBQ, get a damn clue.

But, with that being said the ribs are well cooked, tender, meaty,  not much fat or gristle, and pretty damn good for what they are!  The portions are huge and you get your money's worth with each order.

The creamed corn is sweet and has more cream sauce than corn, but I like them  I wish they gave you a bigger portion.

The Tulsa potatoes are always good.  I forget to order them well done, which makes them crispy on the outside and soft on the inside.

Service is was lacking.  They have what I call a community server system, where any server is helping you.  But, after being seated it took forever for somebody to come by and take our drink order.  They seated a couple a few tables away and while being seated they were asked what they would like to drink.  They were also got their food before us, both tables had ribs orders.  The people are nice, but service was off.

I haven't been to Tulsa Ribs in a long time and only found out about their new location when somebody told me they were moving.  The food is the same but the service wasn't as good as the old location.
Posted by Johnny Diner at 5:42 PM 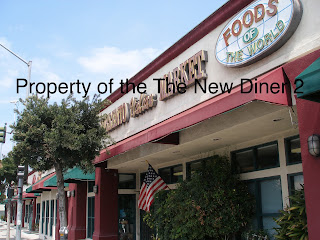 I have eaten at four; Vince's Market, Lanza Brothers Market, Tangs, and Sandwich Island, of five sandwich shops that were profiled in the LA Weekly. I know they listed six places, but I will never go to that overpriced soda shop ever again.

Sorrento Italian Market, like the name implies, is an Italian market, that serves sandwiches.  This is strictly take out only.  But, they had a good selection of Italian staples and their deli counter was well stocked with quality meats. 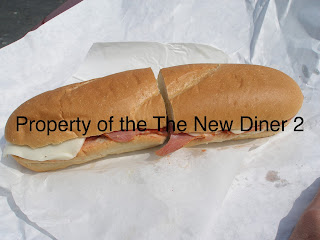 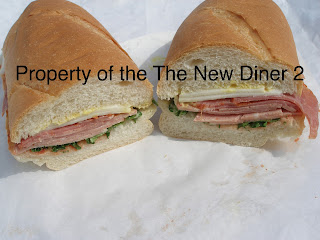 Large combination sandwich, $3.95; salami, , capicola, mortadella, provolone  on Italian roll with red sauce, lettuce, and spicy mustard.  WOW, was this sandwich good and well worth the price!  The Italian roll is pillow soft, with a nice texture and chewiness.  The meats are good quality and the red sauce and spicy mustard adds the perfect kick.  While the LA Weekly story says they don't have lettuce, there was lettuce on my sandwich.  Either way, what a find and a steal!!

Service is very good.  The people working the deli greeted me once I walked up to the counter.  They were nice enough to show me the difference between the small and large roll.  Many stores won't bother.  While they were making the sandwich, which was done quickly, they told me to go to the other side to pay.  Since it was first time there, I didn't know the procedure and they were nice about telling their SOP- standard operating procedure.

Of the five sandwiches from the LA Weekly's list, which one is my favorite?  I would say Lanza, but Sorrento comes a close second.

I would go back to Sorrento any time.  A great sandwich, great service and a steal of a price.