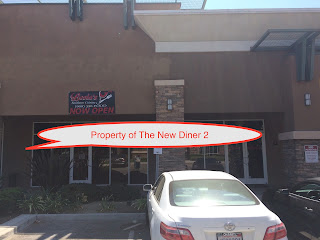 Beola’s Southern Cuisine opened about six weeks ago near Ontario Airport.  It's a large spacious space, and on the Sunday I went they have live entertainment-a woman, who had a wonderful voice, singing songs.  The volume was more background music, than having to SHOUT at your dining companion!

The owners of Beola’s Southern Cuisine used to be partners in the Maple House restaurant that replaced Sal's & Sons Pizza & Pasta.  Beola's is the name of owner's grandmother. 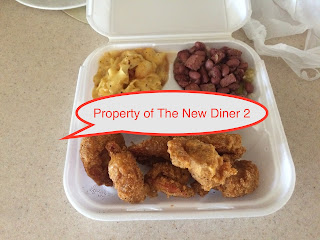 Service was great!  I walked in and while nobody was at the host stand, within a couple minutes I was greeted by one of the servers.  She took my order and I waited for my food. All food is cooked to order and takes time!  I sat in the lobby and every time somebody new came to the front, I was asked if I had already been helped!  There have been restaurants that I reviewed where I wasn't greeted, not even a Hi, when I was right in front of the host!  But at Beola's I was greeted EVERY TIME!!! A couple minor complaints- they should tell people that the red beans and rice contains meat, and when taking to go orders-that they do cook items as ordered so it takes time, up to 20 minutes if ordering fried chicken!

I really enjoyed my experience at Beola's and I will be back.
Posted by Johnny Diner at 6:29 PM