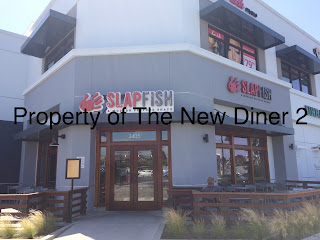 Slapfish is a chain that recently came into the LA/OC market.  The Brea location opened in a new complex that includes a Whole Paycheck, I mean, Whole Foods, and other upscale restaurants and shops. 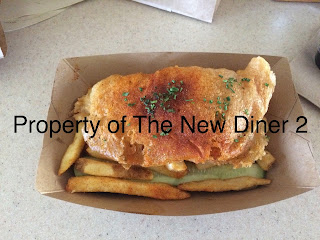 Fish and chip, $9.  They use hoki fish, which I think tastes a lot like pollock.  The batter was light and crispy.  The portion size was huge, well worth the $9.  The fries were great, still crispy on the outside and soft on the inside! 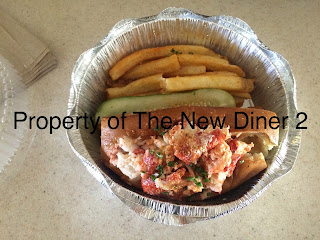 Service was good.  Orders are cooked to order, so expect a wait!  It's counter service and the girl who took my order was very nice.

I would go back to Slapfish, even if it is behind the Orange Curtain!
Posted by Johnny Diner at 9:41 PM