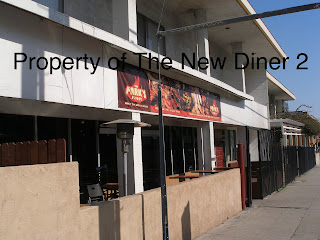 I first heard of The Park's Finest BBQ when they were starting out as a catering company.  Everybody was raving about their Filipino take on American BBQ.  They catered a couple events that I was suppose to attend, but for many reasons I didn't make it.  About a year ago The Park's Finest BBQ opened it's restaurant in the Westlake area of LA, which is near Echo Park.

Right next to the very busy 101 Freeway, The Park's Finest BBQ is nicely decorated restaurant.  There are a good amount of tables and to my shock, it wasn't busy on a Sunday afternoon.  Maybe the church crowd was coming in later. 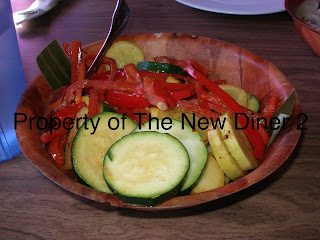 Ligaya Veggie Medley, yellow squash, Italian zucchini, and red bell peppers; $5.  Yes, normally I don't order sides at a BBQ restaurant but this looked pretty good.  I'm not a squash fan, but the veggie were well cooked but could have been seasoned a little better.  I was decent dish, not outstanding. 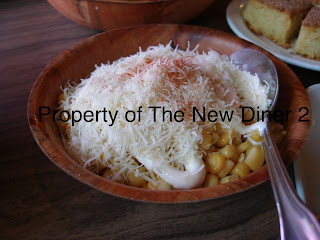 Elote-corn off the cob with mayo, parmesean cheese and topped with cayenne pepper, $4.  I was looking forward to this dish, but while this was good, it wasn't outstanding.  I wasn't expecting this dish to be drowned in mayo and parmesean cheese, but it was and just covered up the corn taste.  The corn really tasted as if it was from a can and not fresh.  A small portion size didn't help either. 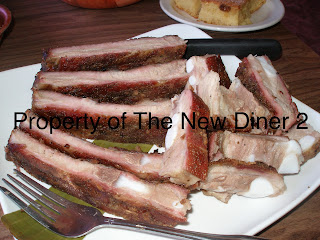 Mt. Malindang pork ribs and riblets, $11.  After the disappointing sides, the ribs were really good!  The ribs had a nice crust, was very tender, and had a good smoke flavor.  Honestly, it tasted just like other Southern BBQ places.  I think if you're a Southern BBQ fan, you will enjoy the ribs here.  The sides and other meats, like coconut beef, are where the Filipino influence comes in.

Service was good.  The people are nice and friendly and the food came out quickly.

I would come back here for the ribs again, but I'm sticking to my usual, no sides!!
Posted by Johnny Diner at 5:28 PM 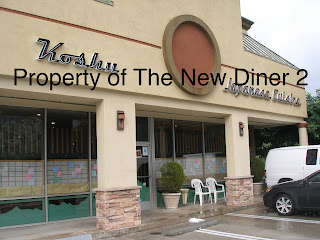 Sushi Koshu is tucked away in the back corner of a shopping center at the corner of Golden Springs Dr and Lemon in Diamond Bar. I've gone to Double O a Korean BBQ that wasn't that good, that is in the same shopping center.

Sushi Koshu is a fairly big restaurant with booths and tables.  The decor is a fake Japanese house. 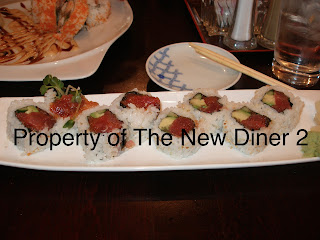 Spicy Tuna roll, $6.50.  I usually try somehing from the sushi menu and got the spicy tuna roll.  Overall good, not great.  Didn't seem as fresh as it could be, a bit mushy. 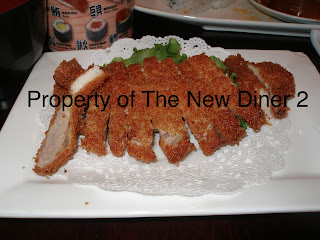 Pork Cutlet and sushi lunch combo, $15.  The lunch combos are a good deal with salad-standard iceberg lettuce with a nice dressing, miso soup-which I didn't eat.  The pork cutlet was great.  Very crispy with panko bread crumbs and the pork was nice and tender. 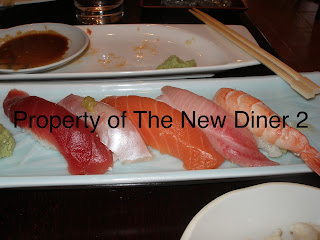 Sushi-tuna, red snapper, salmon, yellow tail, and shrimp.  I'm not expert on sushi.  As long as the sushi is fresh I'm good with it.   All the sushi was fresh and tasty.  I liked the yellow tail, which was really fresh.  I was impressed.

Service was very good.  Our server was nice and friendly.  But, she forgot to give us a sushi menu, which seems stranger, but when I asked for a sushi menu she brought it right away.  See servers, it's not making a mistake that I rip restaurants, it's how a restaurant handles the mistake.  She didn't argue with me or make an excuse.  She went and got a sushi menu.  A simple mistake and a simple solution.

I would go back to Sushi Koshu anytime.  The sushi was fresh, except fo the spicy tuna, and service was very good.
Posted by Johnny Diner at 4:42 PM