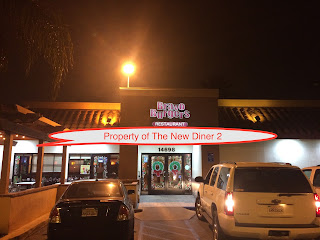 Bravo Burgers is a local chain with another location in Pomona.  Their Chino Hills location is just down the street from 1 + 1 Dumpling and Roscoe's Deli.  It's your typical independent burger restaurant, with a wide variety of items on their menu-burgers to Mexican food.

The dining room is fairly big and was very clean!  They had somebody walking around the dining room cleaning!  At most a table was cleared off 5 minutes after the people left.  And instead of just wiping the crumbs onto the floor and leaving them there; the worker came by and swept the floor!  We were there about 30 minutes and that worker must have swept the floor four times! 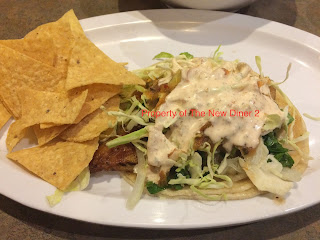 Fish taco-tilapia fish with cabbage, cilantro on a flour tortilla, $3.69.  The fish was grill perfectly with a nice flavorful coating.  The cabbage and cilantro were fresh.  There was a bit too much creama, but overall a good taco.

Service was very good.  From the cashier taking our order to the person in the dining room cleaning up!

I was very impressed with Bravo Burgers and I would go back anytime. 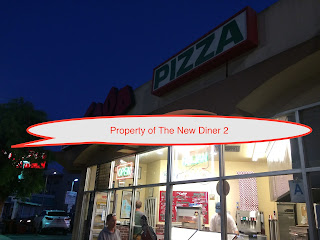 LA Eater's 16 places to get a killer slice of pizza in Los Angele, has been a hit with me.  I have tried fivw places; Pie Life Pizza in Pasadena, Pizzanista, Pellicola, Joe's Pizza, and Prime Pizza.  The Coop has been in business since 1968.  They are directly across the street from the Palms Station of the Expo Line.  It's a small take out location.  It is also cash only. 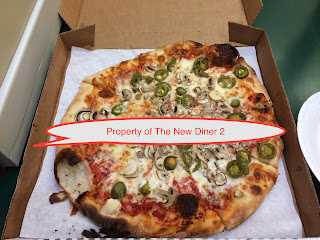 Medium mushrooms and jalapenos pizza, $11 plus $1.50 per topping, $14.72.  While a couple places on the crust was burnt, this was a good pizza.  The crust was firm, yet chewy and held up the toppings.  The jalapenos were fresh and plentiful.  The mushrooms were plentiful, but I'm pretty sure they came from a can.  Overall a very good pizza, but any pizza place that uses canned mushrooms is a big no-no for me.

Service is good.  The guy, who I believe is the owner is a nice and helpful.

I would go back to The Coop Pizza, but I wouldn't order mushrooms, or at least check to see if the mushrooms are indeed from a can.  Since many of the 16 places are closer to downtown, The Coop is a very good option for those who live in the snotty westside.
Posted by Johnny Diner at 10:02 AM 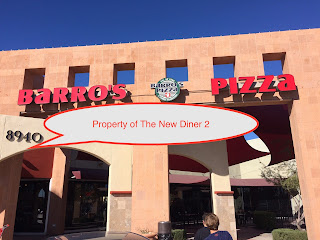 What a surprise to see a Barro's Pizza in Scottsdale, Arizona!!  From the Barro's Pizza in Arizona website, the family opened pizza restaurants, with her sons, in California in 1968, then moved to Arizona in 1980!  They now have 38 locations in the Metro Phoenix area!

Barro's Pizza used to be a very popular chain in the Los Angeles area!  I've been to the Diamond Bar Barro's, their official name is Barro Brothers Pizza, (maybe the brothers broke away from the family and opened their own restaurant?) and the Whittier Barro's.

This Barro's is huge, with one dining room filled with long tables and bench seating, another smaller room with about ten tables, a front room with even more tables, and tables outside.  The day I went a youth baseball team came in and basically took over the place! 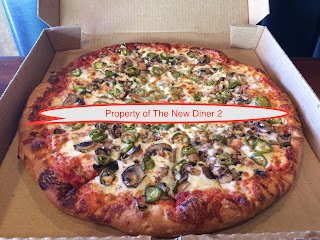 Large mushrooms and jalapenos, $14.75.  This was a good pizza, reminded me of the old Barro's, but they were just off.  The pizza was a bit well done, if they had taken out the pizza 3-4 minutes earlier, it would have been a just right.  But, towards the outer crust, the crust was break apart, like the dough was stretched too thin in that area.  The ratio of mushroom to jalapeno was off.  The pizza was covered with about 60% mushrooms and 40% jalapenos.  Some slices had all or mostly mushrooms. The sauce was flavorful, with a good mixture of herbs and spices.

Service was very good.  The young lady who helped me was nice and friendly.  Luckily, I came in about 5 minutes before the youth baseball team and my order came out quickly.

When I go back to Scottsdale, I will give Barro's another chance.
Posted by Johnny Diner at 2:46 PM 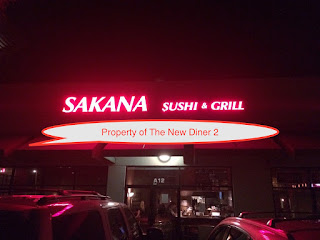 I was in the mood for some sushi in Scottsdale, AZ, and a search lead me to Sakana.  I'm leery of sushi place in landlocked states.  I know that Arizona isn't that far from the West Coast and they can easily get fresh fish shipped in daily.

Sakana is a fairly small, but popular restaurant.  We went for an early dinner on Satuday and about 90% of the tables were filled.  By the time we left, all the tables were taken. 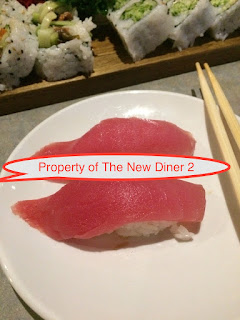 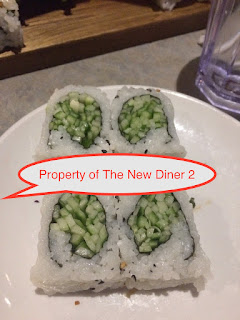 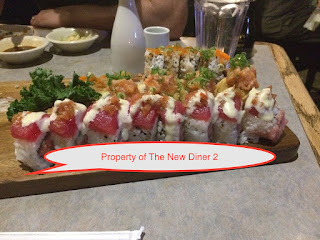 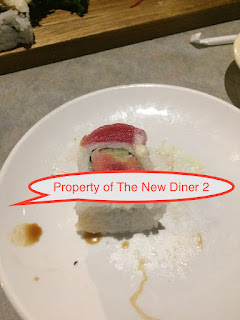 All the sushi was very fresh, well made and tasty.

Service is very good.  The sushi came out quickly, the servers were always refilling drinks and we didn't lack for anything.

I would go back to Sakana again.  Sakana would rank right up there with the best sushi restaurants I've been to in the LA area.
Posted by Johnny Diner at 2:35 PM 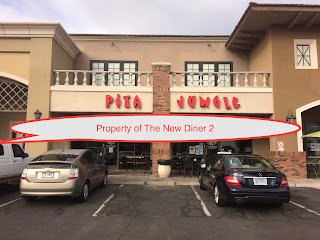 Pita Jungle is a chain in the Phoenix area that was started by three Arizona St. students.  There is a Pita Jungle in Newport Beach, CA.  They are planning to expand to other California cities.

This Pita Jungle location is huge, with about 30 tables in the restaurant.  The shopping center is a busy center with a Pei Wei, Starbucks, and other eateries. 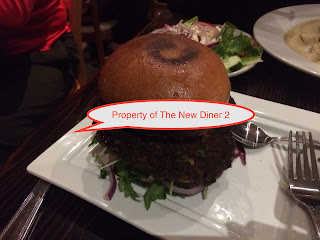 This was a very good burger.  The first thing I noticed was this burger fell apart.  Now some people may think that is a bad thing, but making a black bean burger it is a good thing.  Why?  Because you know it is made fresh and not a pre-made frozen burger.  While the burger patty fell apart, it was very flavorful, bold flavors from the chipotle hummus.   I did think the burger needed some ketchup or even a thousand island dressing, but overall a very good burger.

Service was very good, despite being very busy that night.  The server was very nice and prompt.

I would go back to Pita Jungle anytime!  Hopefully they will open more locations in California!