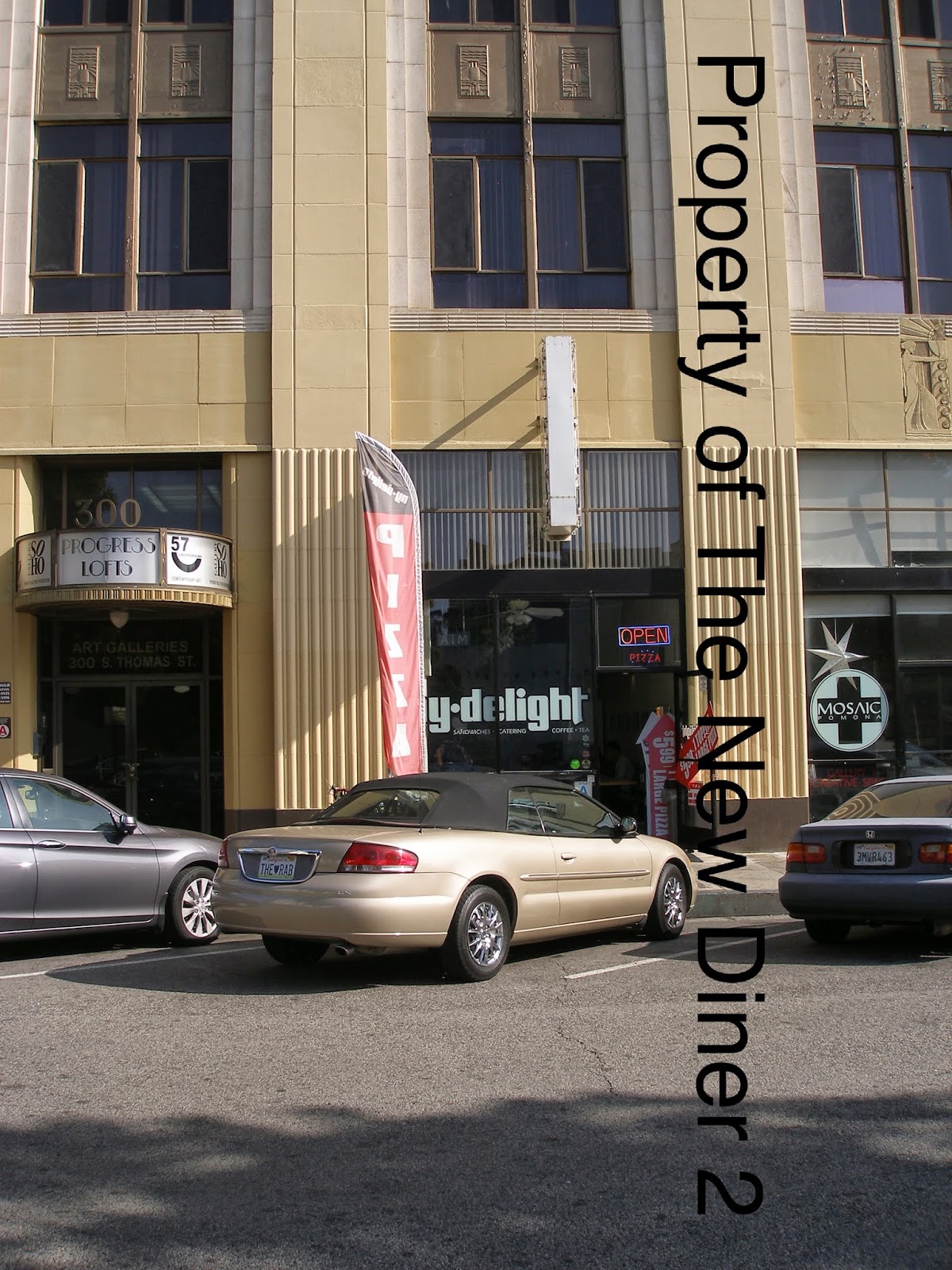 Pomona lacks options for good pizza.  I do like Valentino's, that I reviewed in 2010.  Otherwise you're limited to the chains.  So, I was really happy when I heard about New York Delight!

New York Delight is tucked away in the Arts District section of downtown Pomona.  There are nightclubs and a middle and high school nearby.

The building is long and narrow with a few tables with bench seating along one wall and a lone table along the other wall.  The walls are pretty barren expect for a few framed photos of New York City.

I understand they started as a sandwich shop and later added New York style thin crust pizza to their menu. Large mushroom pizza, $6.53 tax included.  The first thing you notice is the great crust-lightly cripsy with a nice chewy texture, and very thin.  While the amount of mushrooms was lacking, the mushrooms were fresh and tasty.  The cheese was lightly piled, they could add a little more, but they use a good quality cheese!  This is a very good example of New York style thin crust pizza!  They also have a $20 specialty pizza that is about 18 or 20 inches and piled high with toppings.

Service is good.  The people are nice and helpful.  Be sure to call before dropping in.  When I first found out about New York Delight, they were only open from about 11am to 2pm Mon-Fri.  On Friday and Saturday, they would reopen at about 8pm and stay open to about 4am, yes to serve the late night party people!

I would go back to New York Delight anytime.  This is not only the best pizza in Pomona, but is the best New York style thin crust pizza, in the Inland Valley.  Yes, they beat out the old standard,  San Biagio's Pizza!!!
Posted by Johnny Diner at 1:36 PM 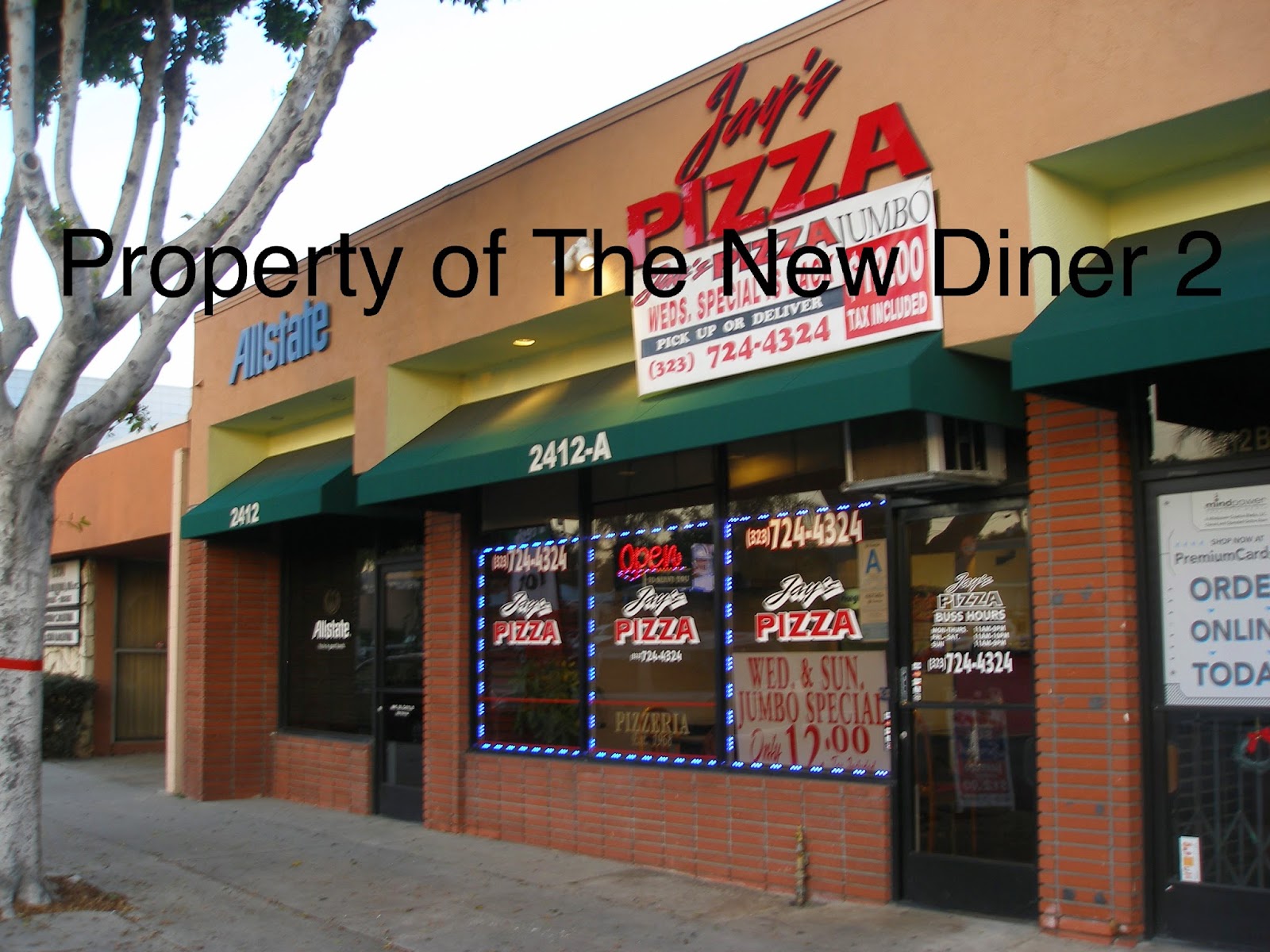 Happy New Year!  2015 is the year Dr. Brown and Marty McFly visited in Back to the Future 2.  No, you drunk idiot cub fans, their prediction of the cubs winning the World Series will NOT come true this year.  The only Cubs fan who deserves to see the Cubs win the World Series, is Steve Bartman.  He did NOTHING wrong, it was the loser cubs who blew the lead in Game 6 AND Game 7 of the 2003 NLCS!  I would love to see either the Chicago White Sox or the Miami Marlins win the 2015 World Series, it would be the ultimate insult to those drunk idiot cub fans!

So, I decided to get into a flying DeLorean, or is it a hoverboard, and go back to the future, when I found about about Jay's Pizza in Monterey Park.  Jay's Pizza used to be Joe's Pizza, a restaurant I reviewed back in 2007.  I don't know if Jay's and Joe's are owned by the same owners, I honestly can't remember how their pizza tasted, so I can't compare the two.

Jay's is a small restaurant with about four tables and a huge TV on the north wall.  They have a great special every Wednesday and Sunday, a jumbo, 18 in. pizza with one topping for $12 tax included. 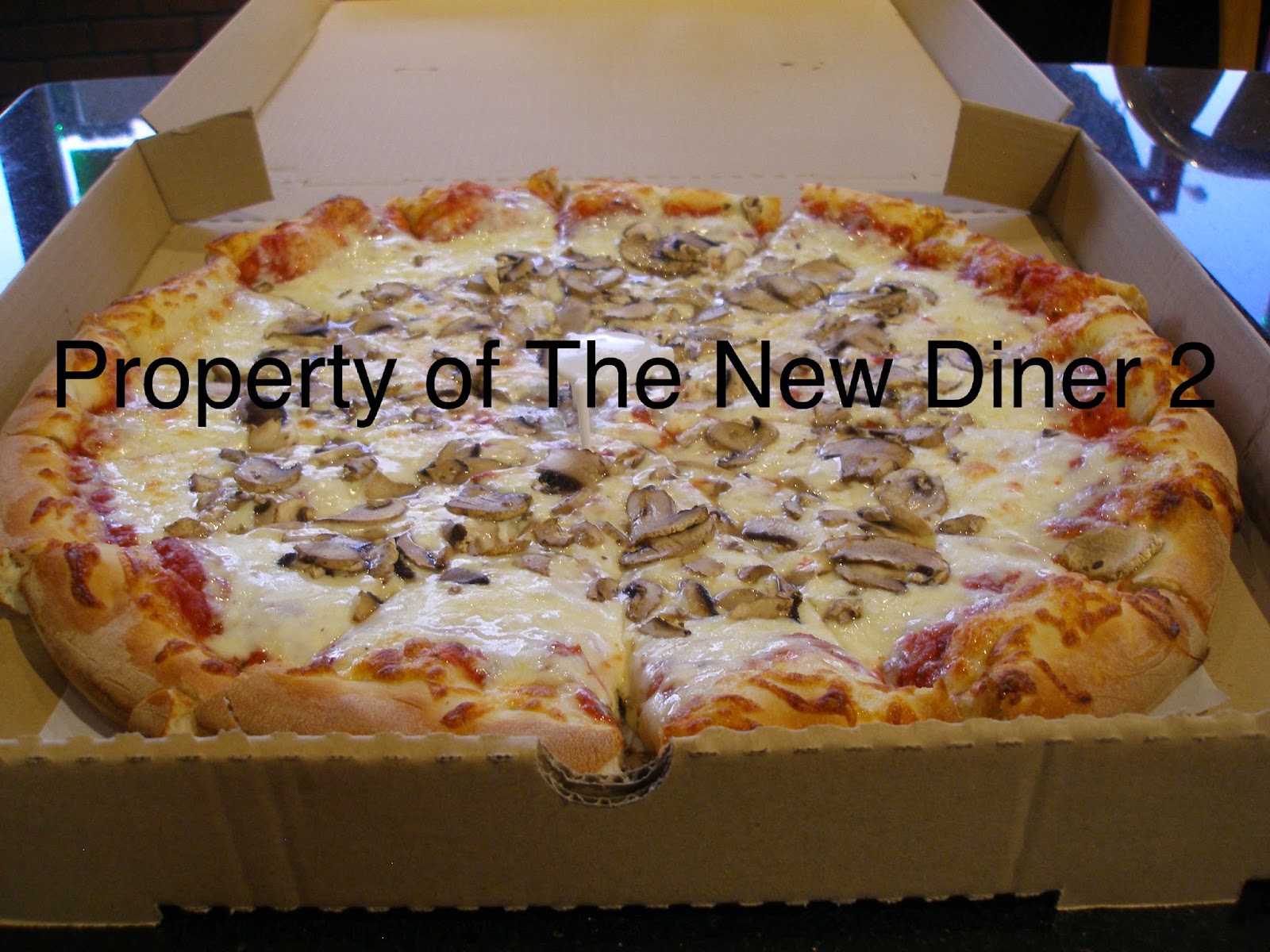 Jumbo, 18 in, with mushrooms.  The crust is crisp at the bottom and soft and chewy in the middle.  The sauce was a slightly sweet, mild spiced sauce. There is a very healthy amount of cheese on the pizza, that made for a gooey mess-which I love on a pizza.  The amount of fresh mushrooms were a bit lacking, but for $12, I can understand why.   I liked the pizza and would certainly order it again.

Service was below average.  They had two kids working, who were more concerned about the Cowboys-Lions playoff game, than helping customers.  The guy who took my order never bothered to say thank you after I paid for my pizza.

I would come back to Jay's Pizza, but service does need to improve!