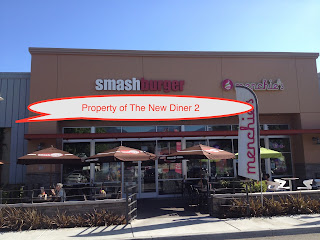 Smash Burger is a Colorado based burger chain, that has come into the crowded Southern California burger market.  I don't know their concept and don't want to google them either.

Smash Burger in Monrovia is located in a shopping center that is filled with other chain restaurants!   Smash Burger offers burgers made with beef, there are two sizes available, chicken, or a black bean.  You can create your own or order from their selection of burgers. 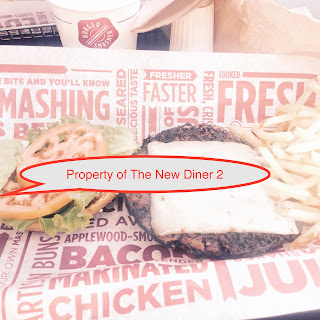 Avocado Ranch Black Bean Burger, $6.39, fresh avocado, pepper jack, lettuce, tomato & ranch dressing on a multi-grain bun.  This was a great burger!!!  The black bean patty was thin, which is good, because it didn't fall apart like many bean burgers.  The texture was great and perfectly seasoned.  The toppings were fresh.  A very good and filling burger.

I also got an regular order of fries, $1.99.  I was surprised at how thinly sliced the fries were, but they were good.

Service was good.  The people are nice and friendly.

I would go back to Smash Burger again.  I black bean burger is a very good vegetarian option!!!
Posted by Johnny Diner at 10:53 PM 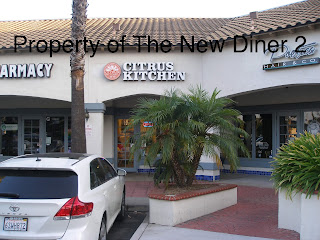 David Allen reviewed Citrus Kitchen back in September 2014, and it's been on my bucket list of places to try.   I finally went to Citrus Kitchen and felt I was going Back to the Future!!  Why?  Because this restaurant used to be Chef Tim's and Gerald Willhite's Spices BBQ.  I understand after Chef Tim's the location was a Chinese restaurant and at one time used to be an Indian restaurant.  I found it interesting that there are two pizza places in this shopping center, a national chain and a mom and pop's.  On a side note, this is the second time this year I went Back to the Future!  The first time was Jay's Pizza, which used to be Joe's Pizza.

Citrus Kitchen is a small place, with a two tables and two sets of counter seating, one facing the window, another facing the prep area!!  It was fairly busy on a Saturday night.

The ordering system at Citrus Kitchen is choice of protein, then one side with a snack portion, or two sides with a meal portion.  Then a choice of sauce.  Seafood and beef items are about 50 cents higher for the snack portion.  I got two snack portions and two different sides to get a variety.  I got my order to go.  While waiting for my order, a woman, who was dining in, asked for a plate.  The guy behind the counter said they do not have any plates!!  Now, I'm not sure if that means they ran out of plates or no longer serve food on plates!  In the pictures from David Allen's review, the food was served on plates. 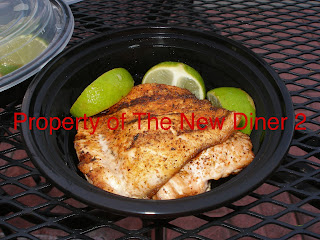 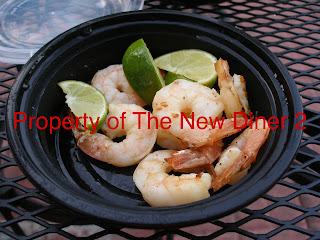 Citrus shrimp, $7.99.  Very well cooked and seasoned!!  Didn't even need the limes!  I would order this again! 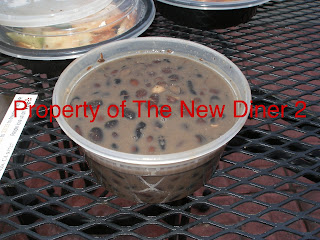 Vegan black beans.  A very good sided portion for a side!  Beans were cooked perfectly and they were full of flavor with a nice kick.  Though I'm not sure what spice they used to get that heat. 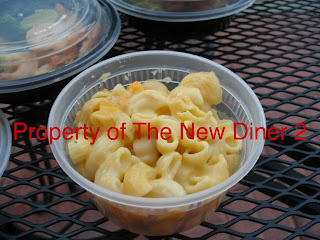 Mac and cheese.  As well cooked as the black beans were, the macaroni was undercooked!!  But, the cheese was great; lots of it, creamy and nice flavor.  If the macaroni was cooked properly this would have been great!!

Service was friendly.  The order took about ten minutes to prepare, which is fine.  But, I got my order to go, and they didn't put napkins or utensils in the bag!

I was disappointed in Citrus Kitchen.  I thought the food, especially the salmon, was going to be much better.
Posted by Johnny Diner at 7:57 PM 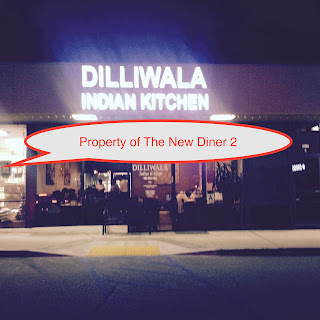 Dilliwala Indian Kitchen has been open for about 8 months, in what used to be Papa G's Pizza.  While I thought Papa G's served up great pizza, the interior had not been updated since the 1980's.  Now, the interior of Dilliwala is very inviting.  There are about 10 tables with some bench seat along the walls. 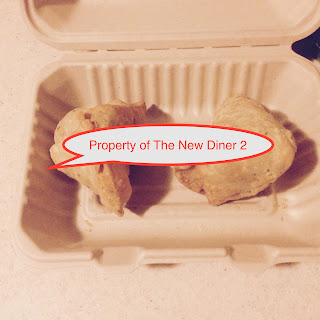 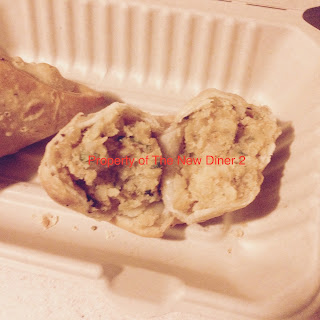 Aloo Samosa, $4.95, crispy fried savory pastry stuffed with spiced potatoes.  While very flavorful, with a good amount of spices, this wasn't worth the price.  Two fairly small sized samosa for about $5??? 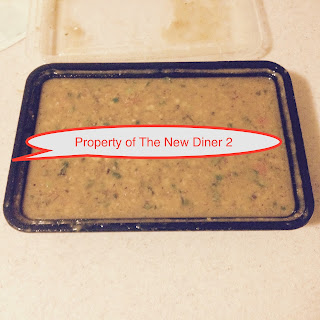 Dal Tardka, $9.95, chickpea lentils tempered with ginger, garlic, tomatoes, onions, green chillies.  This was a fantastic dal/lentils.  Very flavorful, while the green chillies stood out, they didn't overpower the flavor.

Dilliwala Indian Kitchen is better than the other Indian restaurant in Diamond Bar, Diamond Palace.  I would go back to Dilliwala anytime, but wouldn't order the samosa because of the price.