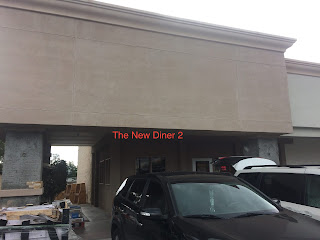 Tokyo Town Sushi is located in a shopping center that is undergoing some renovations.  That's why you don't see any signage on the front of this building.  It's a medium sized place with tables in the middle of the room, the sushi bar on the right, and booths on the left.

They have "happy hour" pricing all day Monday-Thursday.  Then from 11am-6pm on Friday to Sunday.  I went for lunch on a Wednesday, so I got the happy hour prices. 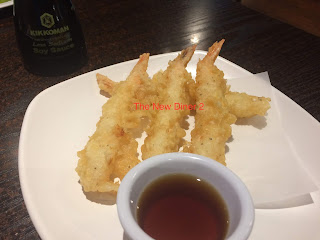 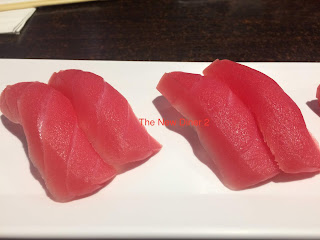 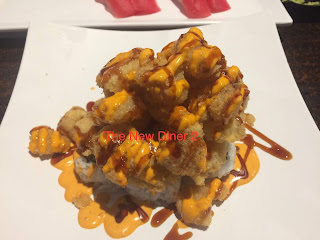 Popcorn shrimp roll-$7.50.  Regular price-$10.95. Popcorn shrimp on top of California roll.  A huge portion, with loads of popcorn shrimp-which were crunchy and good sized pieces of shrimp.  The rolls were good and fresh. 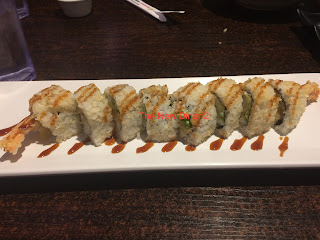 I would go back to Tokyo Town Sushi anytime.  The happy hour prices are a steal.  The regular price are a good value! 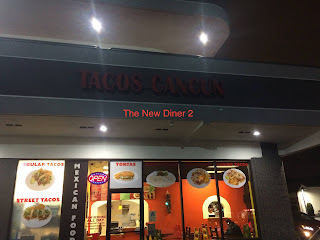 Tacos Cancun is a small tacos restaurant on the western part of Glendale.  There are about ten tables in the dining area.  You order at the counter and pick up your food at the window. 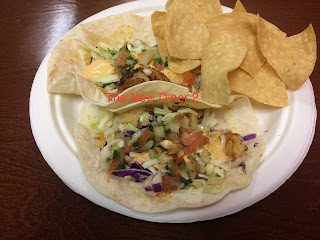 Grilled shrimp taco-$2.50.  A bit dry, they need to add more crema, though they did give you a mild green salsa.  There were about 4-5 small sized shrimp.  Your choice of flour or corn tortilla. 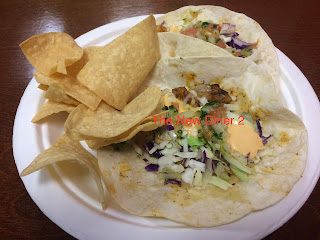 Service is friendly and good.

I won't go back to Tacos Cancun for the fish or shrimp tacos.  Nothing special about them.
Posted by Johnny Diner at 9:28 PM 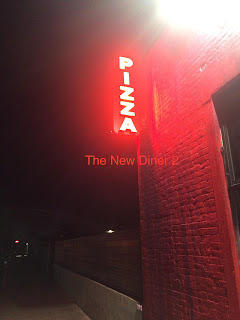 Lupetti Pizzeria is a fairly new pizza place in the Arts District.  The only signage is the neon pizza sign pictured above.  Apparently, there is a bar, complete with a secret door, inside this building.  But, most of the building is a pizza.  There is bar seating and a few tables, along with a counter. 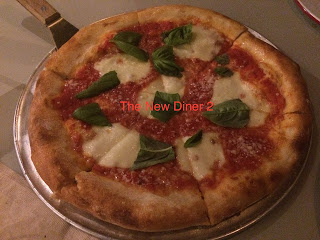 Fresh pizza- $12, tomato sauce, mozzarella cheese, and basil.  Their version of the margherita pizza.  This was good, not great.  The sauce is a bit too sweet, but the crust is pretty good.  Toppings were fine, but a bit stingy on the amount of cheese.

I may go back and try their regular pie, but if it is the same sauce as the Fresh pizza, I won't be a fan.
Posted by Johnny Diner at 2:22 PM 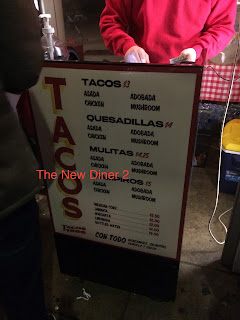 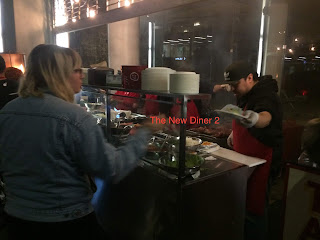 Tacos 1986 is a very popular taco stand in Koreatown.  They became more popular after the LA Times recently wrote a story about them.  Located about a block north from Wilshire and Western, parking around here is terrible.  Take the Purple Line or a ride share.  Another block or two north is Monty's Good Burger, a vegan burger place.

About 8pm on a Saturday night, the line had maybe 10 people, but grew steadily, as we waited for the tacos. 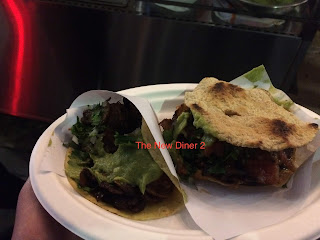 Mushroom taco, $3 and mushroom vampiros, $5, grilled crispy tortilla with cheese, salsa and guacamole.  The only items a vegetarian or vegan person can eat is the mushroom tacos, assuming they do not use lard making the tortillas.  The tacos were outstanding.  The mushrooms are sauteed to perfection.  Lots of good flavor, but a bit rubbery.  Not sure if they used canned mushrooms or fresh.  If they are fresh, they had been in the warmer for too long.  The guacamole was outstanding.  Very good flavor, with a hint of heat.

The mushroom vampiros was ok.  The grilled crispy tortilla was too hard.  It didn't work well.  I didn't taste much cheese.  I should have tried the quesadilla instead. 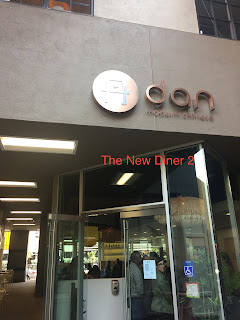 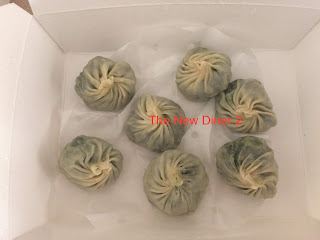 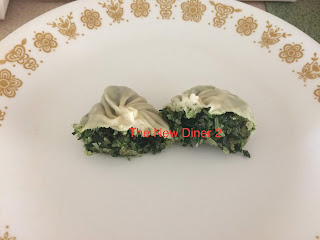 Vegetable dumpling, steamed. $9.  This wasn't good.  Just filled with chives, with very little flavor.  You needed to dunk it into some soy sauce to add flavor.

Service is good.  Expect a 20 minute wait after ordering dumplings.

I'm not a big fan of Din Tai Fung, it's not the holy grail for dumplings.  But Dan Modern Chinese has a ways to go before coming close to Din Tai Fung.
Posted by Johnny Diner at 1:58 AM