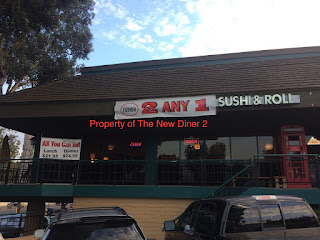 It's still a large restaurant with booth around the walls and table in the middle on the left part of the building; with the sushi bar on the right.  It's dimly lit and there were about 12-14 tables the time we were there. 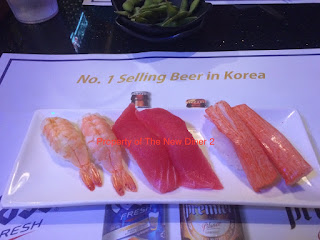 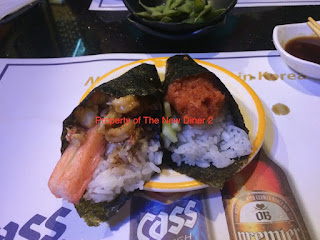 Lobster and spicy tuna hand roll. The lobster hand roll maybe my favorite here. Very good with the imitation crab meat very good and the crawfish fresh.  They could have put a little less sauce on the roll, but overall very good roll. 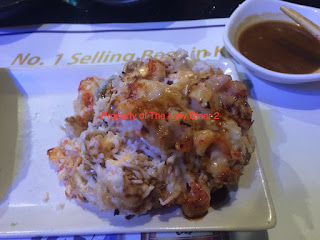 Baked lobster roll- inside-crab and avocado. outside-crawfish and crab.  I didn't care for this roll.  Too mushy and just too many flavors working against one another. 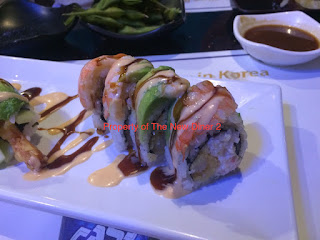 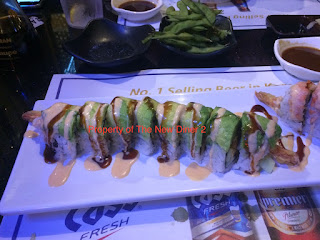 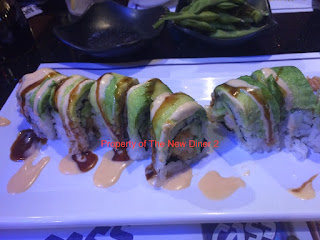 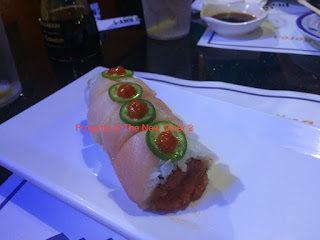 Aloha roll- inside-spicy tuna and cucumber. Outside yellowtail and jalapeno.  If you like it spicy, this is for you!

Service was ok, but their policy is terrible.  They had two ladies working the night we went.  My friend hadn't decided what he wanted, so I put in my first order; the nigri.  Then my friend decided and placed his order.  While he was working on his rolls, I placed my order.  But, what the server didn't tell us was that even though it's all you can eat, you can only place orders three times!!  But, there is nothing on the menu saying that!  I mean, if we knew that, we would have combined the first two orders!  When she took the order, she should have told us about that stupid policy!  I mean six pieces of sushi counts as the first order??  I mean come on.  Plus, they make sure you're aware of the policy that any unfinished food will be an additional charge!  So, I'm not going to place an order for more rolls than I can eat.

Another policy is you have only one hour.  That's fine but when the servers take forever to pick up the order and the sushi chefs take forever to make the orders, that limits how much sushi you can eat! Again, there were only two servers for about 12-14 tables.  That shouldn't be too hard to get people's orders!  They did have a help wanted sign for servers.  But, good servers can easily handle 6-7 tables.