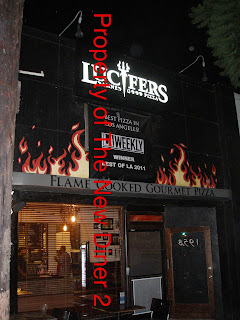 Lucifers Pizza has been on my list of places to try but until tonight I finally got the chance to try it.  Lucifers is a small place with a few tables inside.  They opened in 2008 and did so well, they opened a location on Melrose, near the very overrated Pink's Hot Dogs. 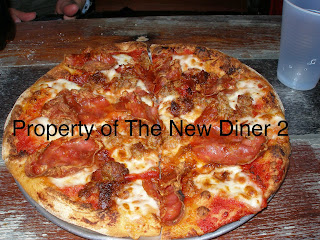 I got the personal sized Three Little Pigs Pizza, $11.98, soppressata salami, sausage, and bacon.
Posted by Johnny Diner at 9:57 PM