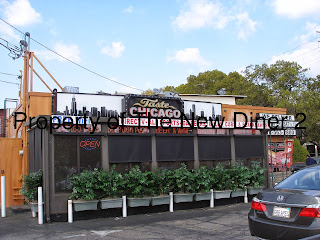 Tomorrow is the 10th anniversary of one of the biggest choke jobs in baseball history; the 2003 NLCS.  NO, you drunk idiot moron cubs fans, Steve Bartman did NOTHING to hurt your chances of winning Game 6 of the 2003 NLCS.  It was losers like Mark Prior, who couldn't get out of the 8th inning.  Or loser Alex Gonzales who couldn't turn that double play, that would have gotten the losers out of the 8th inning.  Or loser Kerry Wood could have held a 5-3 in Game 7.  Not to mention loser players like STEROID Sammy Sosa or Moise Alou or Eric Karros, who all could have actually gotten hits and driven in runs in Game 7.   Yeah, blame an INNOCENT fan like Steve Bartman for the choke job by the Chicago Cubs.   Hey Cubs fans you're nothing but a bunch of drunk idiots!!

Steve Bartman has always refused to make any money from this incident; he turned down $25K to sign autographs at a show, and has never spoken publicly about the Cubs choking in the 2003 NLCS.  This is the statement Bartman made the next day;

"There are few words to describe how awful I feel and what I have experienced within these last twenty-four hours. I am so truly sorry from the bottom of this Cubs fan's broken heart.   I ask that Cub fans everywhere redirect the negative energy that has been vented towards my family, my friends and myself into the usual positive support for our beloved team on their way to being National League champs."  Steve Bartman, Oct. 15, 2003

On the other hand, that jerk who ended up with the ball sold the ball for over $100K to a restaurant named after that terrible, overrated, drunk announcer Harry Carey.  People around him gained their 15 minutes of fame.

The Cubs organization handled the Bartman case with class, never blaming Bartman, for their own players choking!  Unlike the media; the Chicago Sun-Times, who actually published where Bartman worked and his hometown, or idiot Steve Lyons who broadcasted the game for Fox TV.  This is what that idiot Lyons, who was recently fired by the Dodgers because he's a terrible announcer, said after that play "Why? I'm surprised someone hasn't thrown that fan onto the field."  Really Steve?  Somebody should throw Lyons out of the broadcast booth!

All loser Cubs fans owe Steve Bartman an apology!  Oh, drunk idiot Cubs fans and loser Red Sox fans, there is no such things as curses!!  It's loser players and managers who didn't get the job done when it counted!  Yes, I know the Red Sox won the World Series in 2004 and 2007.

Why the stuff about Bartman?  Well, besides getting a chance to rip the drunk idiot Cubs fan base, Taste Chicago is celebrating their 10th anniversary!  They have changed a bit since I went in 2005.  They enclosed the patio area and extended the kitchen and counter area.  Gone is that marquee sign and it's been replaced by a sign with the skyline of Chicago.  The walls are still decorated with Chicago sports teams items and pictures of the owner, who is a well known actor. 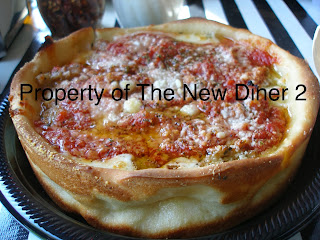 Mini deep dish sausage pizza, $7.35.  This was a much better option since I wasn't going to order a 14in. deep dish pizza for myself.  The sauce was ok, very mild and while you could tell it was there, it didn't really add much to this pizza.  The sausage were huge, but pretty flavorless.  But, the dough was just too doughy.  I'm used to a buttery flakey crust, with cornmeal at the bottom.  This was bland flavorless dough.  If you're looking for deep dish Chicago pizza in LA, go to Masa of Echo Park or Union Pizza; or in Orange County Rance's Chicago Pizza.  Sadly, Hollywood Pies has closed. 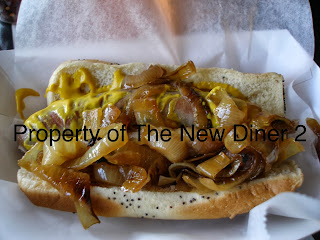 Maxwell Street Polish, $5.55, with mustard and caramelized onions on a poppy seed bun.  I knew from ordering the Chicago hot dog on my first visit, not to expect much.  Well my expectations were met!  The bun came straight out of the bag, not steamed, not toasted nothing.  The onions were pretty good, well caramelized and flavorful.  While the sausage is made by Vienna Beef, they either don't steamed it correctly or something.  It just tastes off.  Maybe it's not Vienna Beef, maybe it's been around too long.  Or maybe Taste Chicago just has too many items on their menu.  From hot dogs and polish sausages to pasta, to Italian beef and other kinds of sandwiches, two kinds of pizza; deep dish and Silician, salads, and even ribs!

Service was overall good.  The server was nice and helpful when I placed my order.  He was nice to give a reusable bag to commorate the 10th anniversary of Taste Chicago.  But, when I asked him about why their website is down, he couldn't help at all.  He said it's been out for a long time.  Well, why don't you tell the owners?  Or at least tell the customers you will tell the owner and hopefully it will be taken care of.

I know Taste Chicago is owned by an actor from Chicago, but I could care less.  I don't think the food is any good here and the prices are very high; too high for the quality of the food.  No reason for me to go back!
Posted by Johnny Diner at 4:12 PM