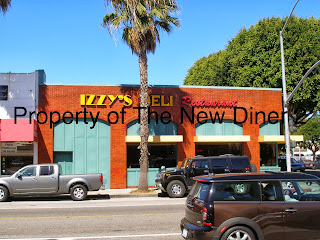 Izzy's Deli was the second stop of my two stop Santa Monica deli tour.  I went to Fromin's Restaurant first and wasn't impressed. So, I was really hoping Izzy's Deli would be much better.

A large deli with counter seating, I liked the vibe of Izzy's much better. 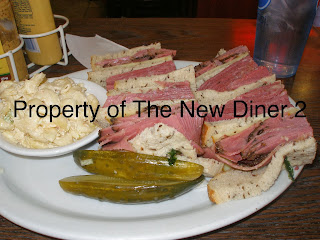 Service was good.  The server wasn't some kid, but an older lady who cared about her job and her customers.  The hostess was also very friendly and nice.

Izzy's Deli is so much better than Formin's, it's not even funny.  If you're in Santa Monica, don't waste your time and money at Formin's, just go a few blocks west to Izzy's Deli!
Posted by Johnny Diner at 6:36 PM