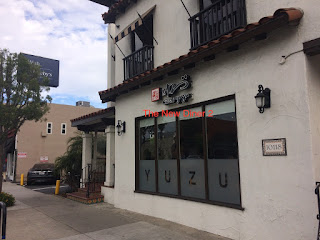 Sushi Yuzu was on the LA Eater list of essential sushi restaurants in the Valley.  I had a very good experience at another sushi place on the list, Kazuki Sushi, so I wanted to try another restaurant on the list.

Sushi Yuzu is a small restaurant with the sushi bar in the back, and a few tables in the other parts of the restaurant.  They have their own parking lot, but it's small.  There is parking on busy Riverside Dr.  It's a pretty pretentious restaurant, full of arrogant people.  Not the type of restaurant I want to spend any time in.  So, I decided to get my order to go. 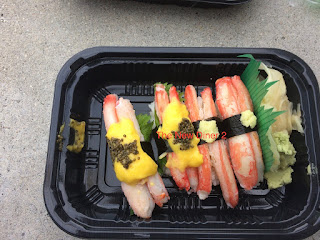 Kani Kimizunose $7-wild crab leg with Japanese Hollandaise sauce. The crab legs were very good!  Tender, good flavor and fresh.  But the Hollandaise sauce was just too over the top.  Ruined the entire piece of sushi.

Kani-ashi $7-wild snow crab legs with ginger on top.  A little bit bigger than the kimizunose, and just as flavorful and fresh.  Well worth the price!

Now why are these two the same price?  I would figure the hollandaise sauce would be extra. 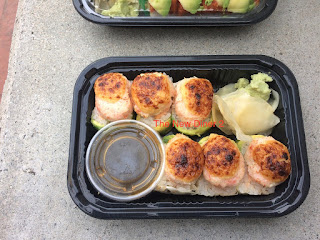 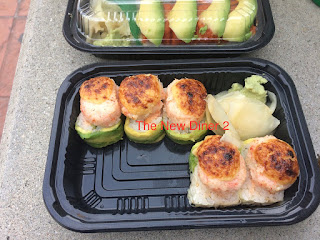 Bake crab and salmon roll $14.  Baked salmon roll with soy paper, cucumber and avocado.  Baked crab dynamite on top.  This was too salty.  When the top portion with the browned piece came off, this was very good.  But, the creamy topping was just too salty. 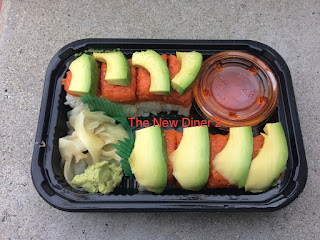 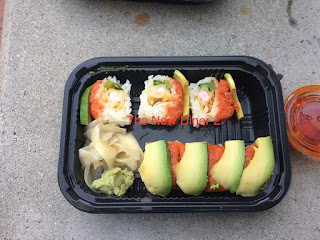 Asian Roll- $16.  Inside-shrimp tempura, asparagus. Outside spicy tuna, avocado with soy paper.
This was very good.  Maybe not worth the $16 price.  But, good fresh sushi.  The spicy tuna maybe the best I've ever had.  The avocado was fresh.  But, the shrimp tempura wasn't crunchy, either it had been sitting around too long or cooked at too low of a temperature.

Service was good.  The people who work there are nice.  They did tell me my order would take 40 minutes because I ordered a baked roll.

Sushi Yuzu was the best sushi I've ever had.  The two rolls I ordered were off.  But, the sushi was good.  I would only go back to get a to go order and would try different rolls.