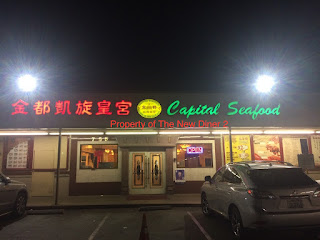 Capital Seafood Restaurant is the sit down restaurant that also owns Capital BBQ & Dim Sum Express, which is a few doors south.

While the outside of Capital Seafood Restaurant doesn't look great, inside it's a very nice place.  They put some time and money into the decor.  It's a big room with tables all over and a back room that had karaoke. 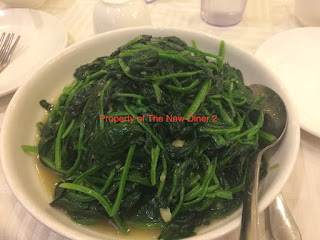 Spinach-$11.95. This was a good dish with a good amount of garlic and well cooked spinach. 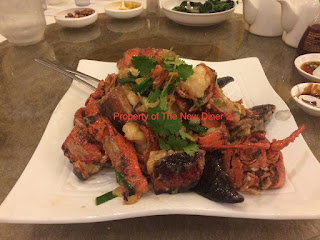 House special lobster-$15.95 per pound- This was about a 5 pound lobster.  They cut up the lobster, add some seasonings and the put it all in a wok!  This was good, with tender pieces of lobster that were well seasoned and flavorful. 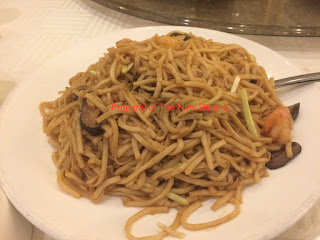 E-Fu noodles with shrimp-$15.99.  This was very bland, lacked flavor and there weren't that many shrimps in the dish.  This was basically all noddles, with a little mushrooms and a little veggies.  It also must have been loaded with MSG!  Not worth the price! 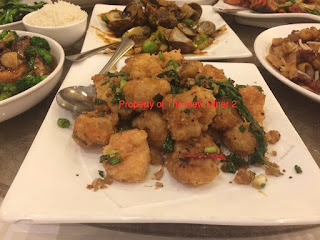 House special shrimp-$16.99.  I wasn't expecting the shrimp to be deep fried! What we got was a soggy outside but a good tender shrimp.  If they had fried this better or just sauteed the shrimp in the house special sauce it would have been a good dish.  This was below average, because the outside was too soggy and not crispy.  But, this would be worth the price, since the shrimp are huge and they give you a good portion.

Overall I thought Capital Seafood was good, but some dishes I wouldn't order again.
Posted by Johnny Diner at 9:53 AM