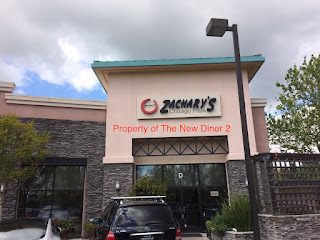 Located in a business shopping center that has a Sprouts and too many Beane Sprouts- my term for Oakland A's fans!  I bet I saw more people with A's gear than people who actually attend A's games at that dump hell hole stadium! 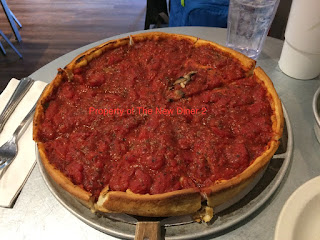 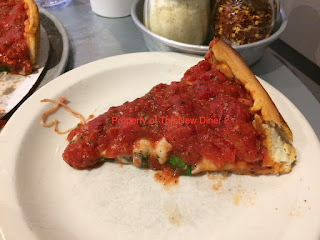 Medium spinach and mushrooms-$26.60.  This was a 14in pizza with a light buttery crust, much less doughy than other deep dish pizza I've had.  They mushrooms were chopped into quarters and the spinach was plentiful.  The sauce was well balanced-not too tangy or sweet.  A very good example of deep dish pizza!

Service was good.  It's a medium sized restaurant but the noise level was high with a large party that included a ton of kids.  I didn't care, but for some people it may bother them.

I would gladly go back to Zachary’s Chicago Pizza anything!!
Posted by Johnny Diner at 3:23 PM