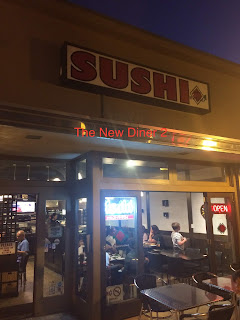 A friend who lives in Montrose told me that she goes to Sushi Plus, a place I reviewed back in 2007.  I was surprised to hear that Sushi Plus was still open. Not because Sushi Plus was bad, but with many restaurants didn't survive the recession!  But, I was shocked to find out that there are three other sushi restaurants on that street!! The other two are Blue Fish and Sake Sushi Bar and Lounge. In addition to Hikari Sushi about half a mile east, that is five sushi restaurants within a half mile stretch when Honolulu turns into Verdugo Blvd.

She liked Sushi Monster the best, so we met up there. 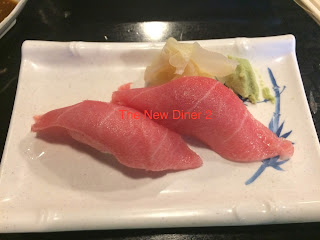 Blue fin tuna- $7.  A good sized piece of tuna, but kind of mushy and didn't taste too fresh. 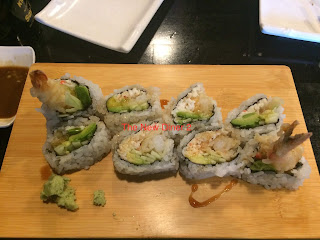 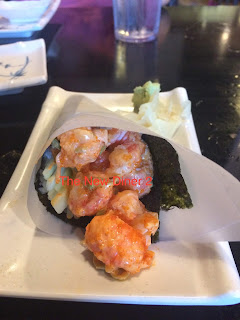 Spicy lobster hand roll-$7.50.  The best sushi I had here!  Fresh langostino lobster, good sushi rice, cucumbers.  This was a huge piece but the ingredients were light and fresh.

Service was pretty good.  There were three servers helping us.  We got our food promptly.  But, when we asked for the check, we got the wrong bill.  The correct bill arrives and they didn't include the lobster hand roll.  I would rather be honest and tell them that I wasn't charged for something.  It's a lot easier to do when the servers are nice, which all three were.  I still do the samething when the service is bad, but the thought has crossed my mind to just pay the bill and leave.