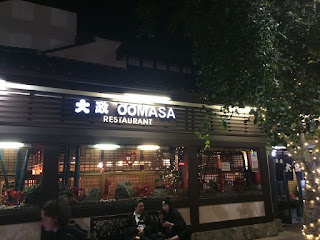 I have been two sushi restaurant in Little Tokyo; Sushi Gen and Sushi Go 55.  So, while paying tribute to Ellison Onizuka and the rest of the crew of the Space Shuttle Challenger; Christa McAuliffe, Greg Jarvis, Judith Resnik, Mike Smith, Dick Scobee, and Ron McNair, I walked around and found Oomasa.  Well, my first choice was the revolving sushi restaurant that is also located in the Japanese Village Plaza, but a 2.5 hour wait, wasn't my idea of fun.

Oomasa is good sized restaurant with a huge U-shaped sushi bar to the left and some tables as you walk in.  It's a brightly lit restaurant. 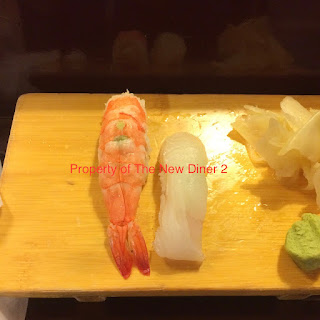 Shrimp and halibut nigri sushi-both $3 each.

The most interesting that about Oomasa is that their nigri sushi is one piece!! Most sushi restaurants you get two pieces of sushi.  Both of these were good and fresh, but both are heavy with wasabi!  Since you only find out about the wasabi after you've dipped the sushi into a wasabi and soy sauce mixture, it was quite a fireball in my mouth. 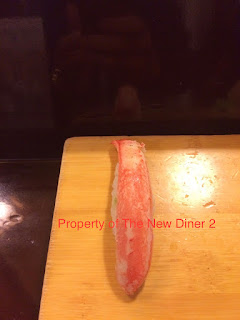 Crab sushi-$4.  Again heavy on the wasabi, but fresh and tasty. 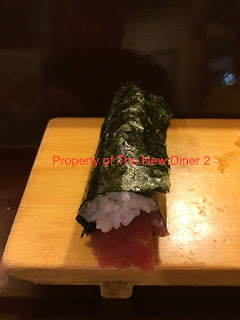 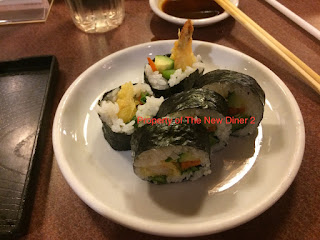 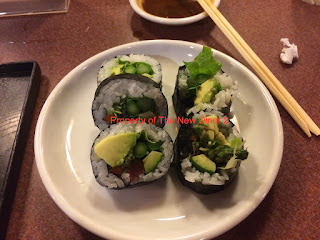 Oomasa is fine, but nothing outstanding.  I would much rather try other sushi restaurants in the area, than go back to Oomasa.
Posted by Johnny Diner at 9:50 PM