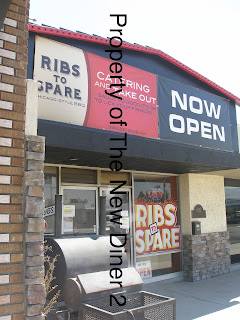 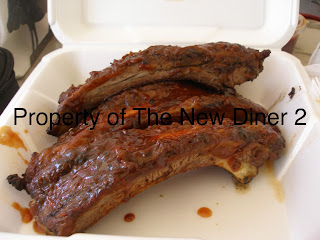 Side order of beef ribs, $12.50.  Three ribs come in an order. Maybe the best beef ribs I've ever had.  Very meaty, pretty tender, well smoked-with white oak, and well seasoned!!  The sauce is a mild tomato based sauce that they only use for the beef ribs. 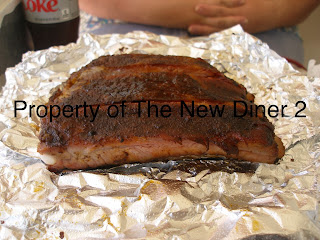 Side order of pork ribs, $6.   Three ribs come in an order.  As great as the beef ribs were, the pork ribs were mediocre at best.  First they were reheated in the microwave, which isn't the way to go.  They had decent flavor and tenderness, but there was nothing outstanding about it.

Service was pretty good.  The first lady who took my order was clearly new, because she didn't know how to ring up my order.  But, she got help from the other lady-who is the owner or wife of the owner, and they got the order correct.  It took awhile to get the food, the great beef ribs made it worthwhile.

I would go back to Ribs to Spare only for the beef ribs.  They were wonderful, among the best I've ever had!
Posted by Johnny Diner at 2:40 PM