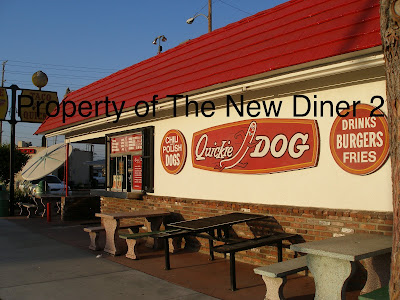 I thought about stopping in at Pioneer Chicken, but I missed the turn to Florence and drove past Quickie Dog & Taco Quickie and decided to stop in.

What an interesting concept tacos and hot dogs in one place. The building looks old and I'm guessing this has been a neighborhood staple. 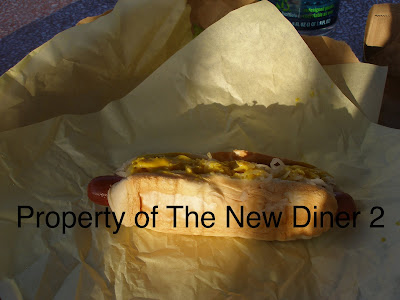 I got a kraut dog, $1.65. After I placed my order, the girl placed a hot dog on the grill and I figured I was going to get a hot dog that was hot. Well, after she made my taco, which took about 30 seconds, she took the hot dog off the grill and added kraut and mustard. So, I got a cold hot dog. Terrible!!! The hot dog itself was actually pretty good, good snap and quality meat. The kraut was cold and had a slight tang, but nowhere near what is should be. This hot dog could be good but they missed the mark with how it's prepared. Leave that hot dog on the grill for five minutes, not less than a minute. 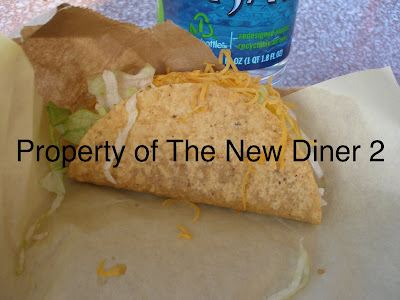 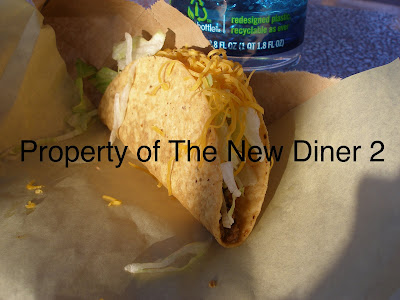 At least the taco-$1.09, was better. The taco is a ginkgo taco, like the tacos served at Taco Lita and Taco Treat. The ground beef was well seasoned and cooked perfectly. The cheese and lettuce were fresh. The taco shell was light and crispy. I liked how all the flavors blended together. The taco is cheaper than the Taco Lita and Taco Treat and is better than both in my opinion. It would have been better with some hot sauce, which the girl never bothered giving me.

Service was ok. The girl was nice and pleasant enough but just a bit off. If it's SOP at Quickie Dog & Taco Quickie to quickly grill their hot dogs, then that needs to be changed. But, if she was lazy and not following SOP and leaving the hot dog on the grill for longer, then she needs to get more training or fired.

I wouldn't go back to Quickie Dog & Taco Quickie again. While the taco is good, it's not really worth the long drive.
Posted by Johnny Diner at 8:18 PM