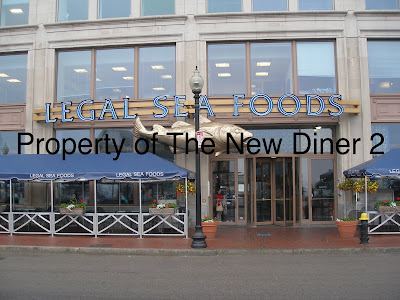 Boston, a racist city filled with the biggest bunch of whining loser sports fans. A perfect combination for a city that I hate. But, I'm stuck in this hellhole city and figure to make the best out of it. So, I figure I'll try some of what Boston is famous for, lobster and clam chowder. I found that Legal Seafoods is a popular, long time restaurant and decide to give them a try. 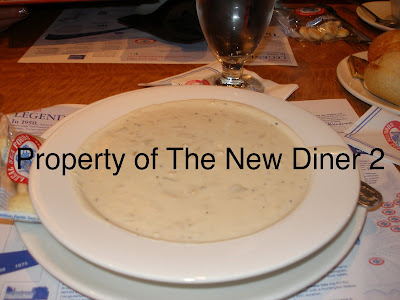 Bowl of clam chowder, $6.95. This chowder was very good. Served hot and filled with clams and a decent amount of potatoes. I hate restaurants that use potatoes as fillers for clam chowder. Luckily Legal Seafoods uses the potatoes to enhance their chowder. The hearty broth, fresh clams, and well seasoned chowder made this the highlight of my meal. 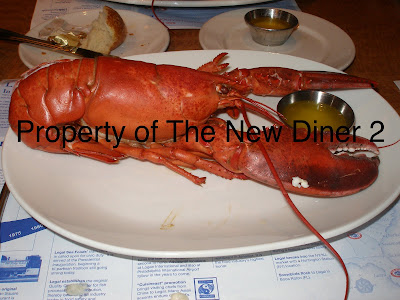 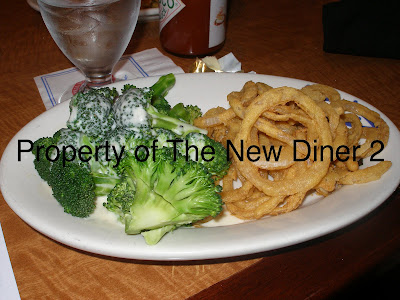 Small steamed lobster, with two sides, broccoli and cheese and potato strings, $29.95. So I'm looking forward to the lobster, and when it arrived it was steamed perfectly and the meat was tender and flavorful. But, while it was good, it's not overwhelming or special. Maybe my expectations were higher but the lobster in Boston didn't overwhelm me.

If I ever had the displeasure of going back to the hellhole city of Boston, I would not go back to Legal Seafoods again. I was expecting more and they didn't deliver.
Posted by Johnny Diner at 10:36 AM