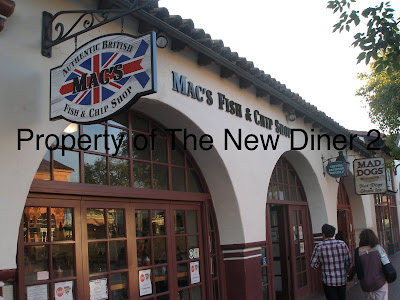 I watch that Food Network show; Diners, Drive Ins, and Dives. I love the type of restaurants that are profiled on the show. I hate the loud, obnoxious host, so most of the time I'm watching the show the sound is on mute.

I saw the episode about Mac's Fish and Chip Shop and decided to give it a try on a recent trip to Santa Barbara.

Mac's Fish and Chip Shop was started by an ex Brit, who wanted to bring authentic fish and chips to America. 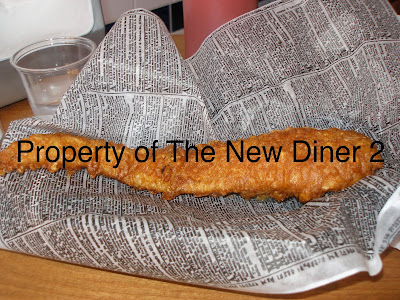 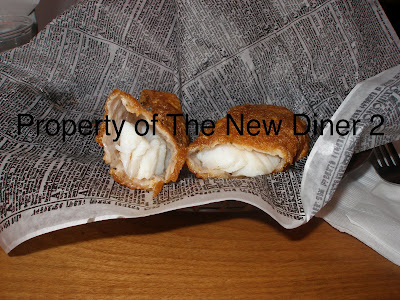 I got the regular sized fish, $8.00. I don't need or want the extra calories the fries bring. The fish is cod, which is the best choice for fish and chips. The batter is a beer batter, which was crispy and light. The cod was well cooked and flavorful. But, the weird part was the excess amount of water that came from the fish after I cut it open. I have never seen that before and I eat a good amount of fried fish. 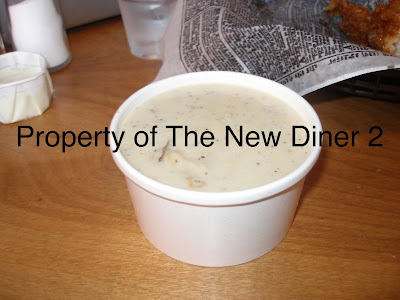 It was a surprisingly cold day, so I figured a cup of clam chowder, $3.50, would hit the spot. It did. This was a nice rich hearty chowder, with finely cut pieces of potatoes and clams. I enjoyed the clam chowder and wish I had ordered a bowl instead of the a cup.

Service is good. The people working are nice and friendly.

The fish at Mac's Fish and Chip Shop is nothing special and not worth the trip up to Santa Barbara. Even if I lived in Santa Barbara I wouldn't go back.
Posted by Johnny Diner at 9:14 PM