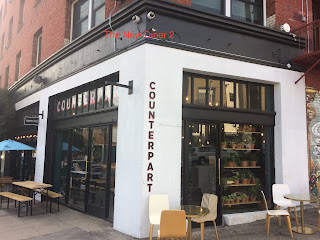 Counterpart Deli used to be Chango Coffee, and they opened up in December 2018.  Counterpart is a vegan deli, offering something that isn't available in the area. 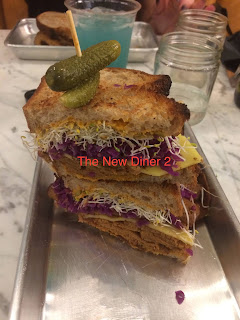 Vegan pastrami- $16, purple sauerkraut, vegan swiss, alfalfa.  Frankly, this was below average.  I felt like I could go to any grocery store, buy their vegan pastrami, cook it up, and then place it between the bread and other toppings, and it would have been just as good.  The vegan pastrami was just like any off the shelve seitan.  The dressing was good, the sauerkraut was fine, not that tangy, and the bread was fine.  But, overall, just a below average sandwich.  Not worth the $16 price tag.

I wouldn't go back to Counterpart Deli for this pastrami!
Posted by TheNewDiner at 8:41 AM