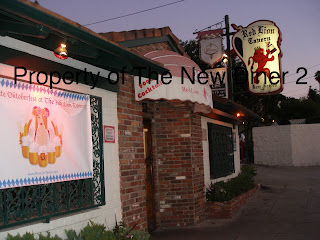 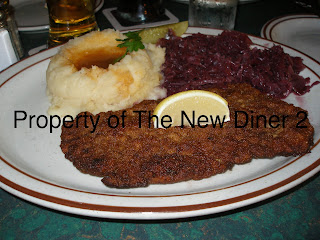 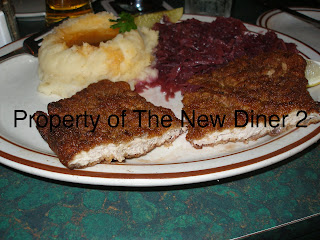 The breading was very soggy and greasy and lacked seasoning.  The pork was dry and lacked flavor.  While this was a good sized portion, it wasn't worth the price because it wasn't good.

Service was among the WORST I have ever experienced.  The old hag server was rude, not friendly, and should not work in customer service.  I tried to give her a break because she was the only server working the downstairs bar area, but she was so rude.  She has a heavy accent and hard to understand at times.  So when I asked her what a dish was at another table, I had to repeat it again.  She copped an attitude and was a bitch.  Things only got worse after.  She copped an attitude when I asked for more water.  I mean, come on if she hates her job that much, get another job or go back to German.

I will never go back to the Red Lion Tavern again.  Combine bad food with bad service and you lost a customer.
Posted by Johnny Diner at 2:37 PM