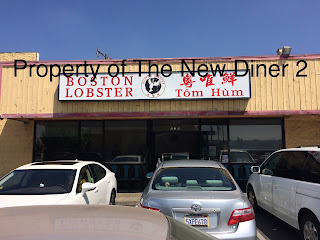 When a restaurant comes up with a good concept and attracts a ton of diners, sooner or later competitors will pop up!   Newport Seafood has been the standard Chinese seafood restaurant for a long time.  The first competitor I knew about was the Newport Seafood, in Santa Ana! They have the same name, concept but have nothing to do with the original location in Rowland Heights. 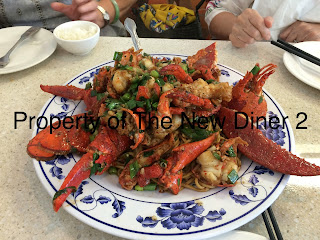 Boston Lobster House Special.  A four pound lobster for $16.95 per pound, with garlic noodles, add $5.  The smallest lobsters are about four pounds.  This was a very flavorful dish!  The lobster was cut into small pieces and mixed with a ton of green onions, black pepper, jalapenos, and garlic.  The lobster was cooked perfectly, sweet and flavorful.

I was wondering why they added the noodles, but the noodles were a great addition.  Cooked perfectly and mixed with the wonderful flavors of the lobster, this made this dish basically lobster chow mein! 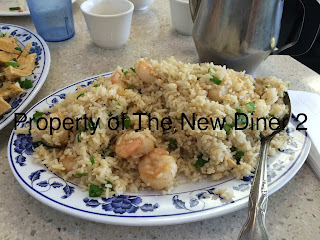 Shrimp fried rice, $7.95.  They had a good amount of medium sized shrimp.  Mostly flavored with green onion, and salt and pepper.  This was a good dish.

I would go back to Boston Lobster anything.  The lobster is very good and the prices are much cheaper than Newport Seafood!