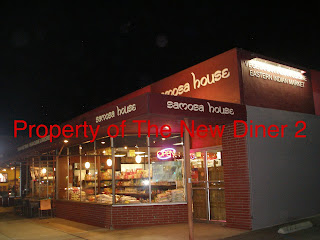 After eating at Samosa House East I decided to go to the original Samosa House.  Samosa House was featured on a Food Network show.  They were raving about the great samosa and I wanted to give them a try.

This is the original Samosa House, which is an Indian market that serves food.  They expanded and took over the next door unit, so they is much more seating than what was featured on the show.  The food is on a steam table at the back of the market. 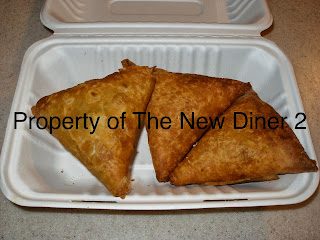 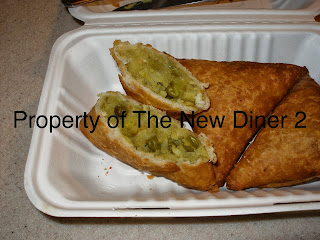 Somosa-$1.50 each.  The somosa are bigger than most somosa I've had.  I love the flacky outside, that is so light and crisp.  The inside was filled with potato and peas with a kick.  The spices they put in are pretty spicy.

Service is OK.  The young lady who took my order seemed more concerned about closing than helping me.  But, another lady, who I believe is the owner, was very nice and helpful.

I noticed the steam table had more selections here than Samosa House East, but I assume the quality of the food is the same.  I have heard that you get more food here, but I didn't see anybody having a combination plate when I went.

I liked the somosa, but I wouldn't say it was the best I've ever had.  I would come back for the somosa if I'm in the area, but wouldn't make a special trip.  Maybe next time, I'll order a somosa at Somosa House East and order the combo plate here.
Posted by Johnny Diner at 9:48 AM