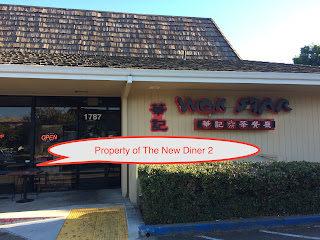 Wok Star Express is located in an area that has limited Chinese or Asian restaurants.  But, I was already there and figured I should give them a try.  It's a small restaurant and it was empty when I was there, about 5:30 on a Sat.  But, they did get 2-3 people who came in to pick up their orders. 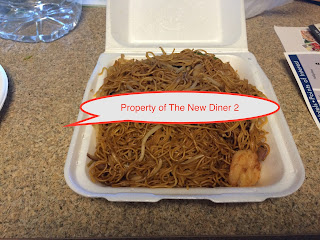 Shrimp Chow Mein, $8.95.  The first thing you'll notice is the noodles is very thin, much thinner than the noodles most Chinese restaurants use for chow mein.  But, the noodles were cooked perfectly.  But, the dish lacked flavor!  There wasn't much in terms of veggies, a few bean sprouts, maybe a few pieces of cabbage, but basically just about 8 shrimps and noodles.  An acceptable dish, lots of food for the price but something I wouldn't order again.

I need to find the name of that that very good Chinese restaurant in Milpitas where I had some great food!
Posted by Johnny Diner at 8:23 PM