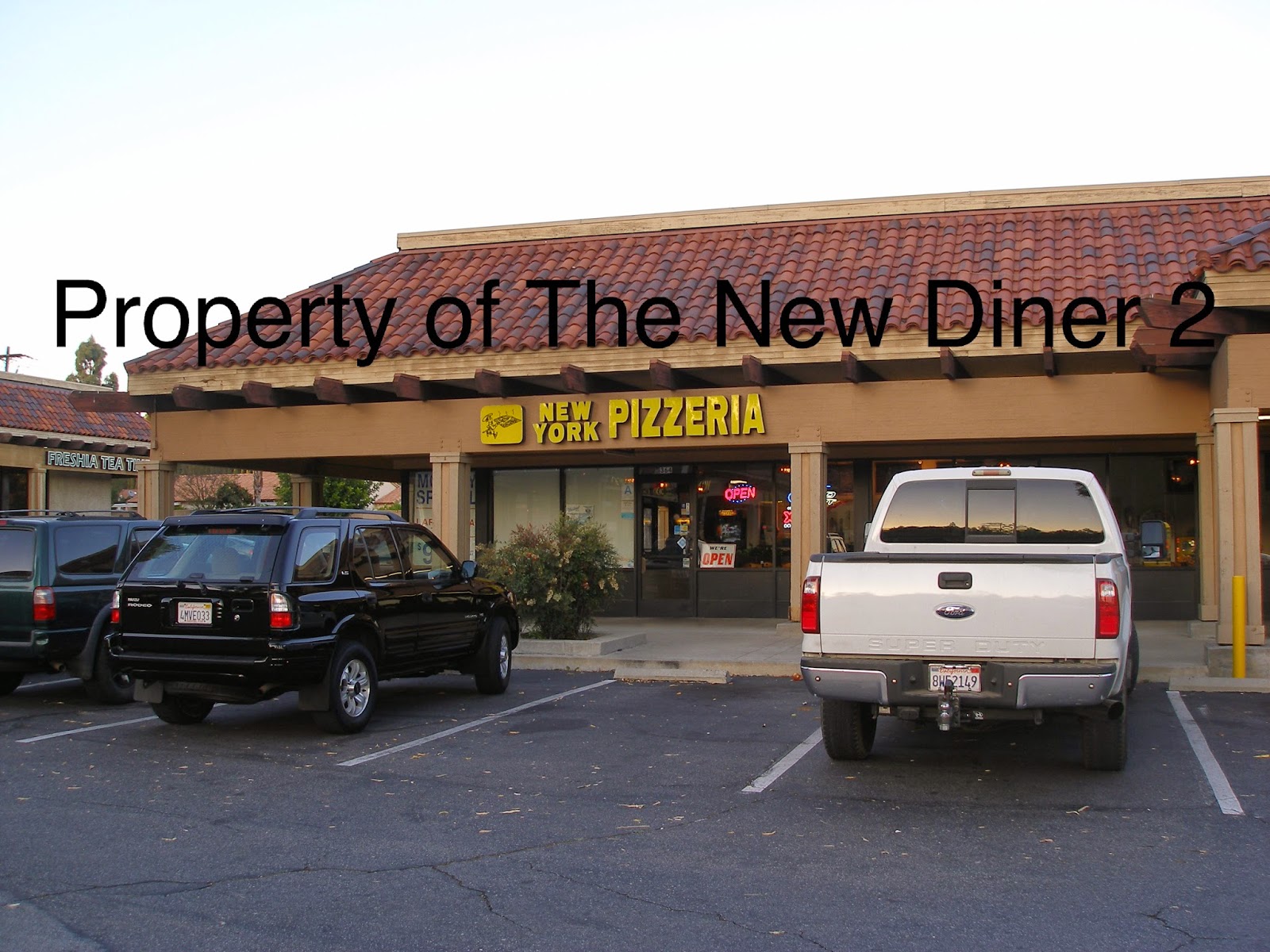 New York Pizzeria is in the Vons Shopping Center in Walnut.  It's been around for a long time, but I've never gone in.  But, I was driving by the area and decided to finally give them a try.  New York Pizzeria has a L shaped dining area, with a huge TV in one corner.  The night I went, there was a small group of LA Kings fans, watching the Kings lose to the Blackhawks!  The dining area is clean and they quickly clear the tables, which doesn't always happen at pizza places! 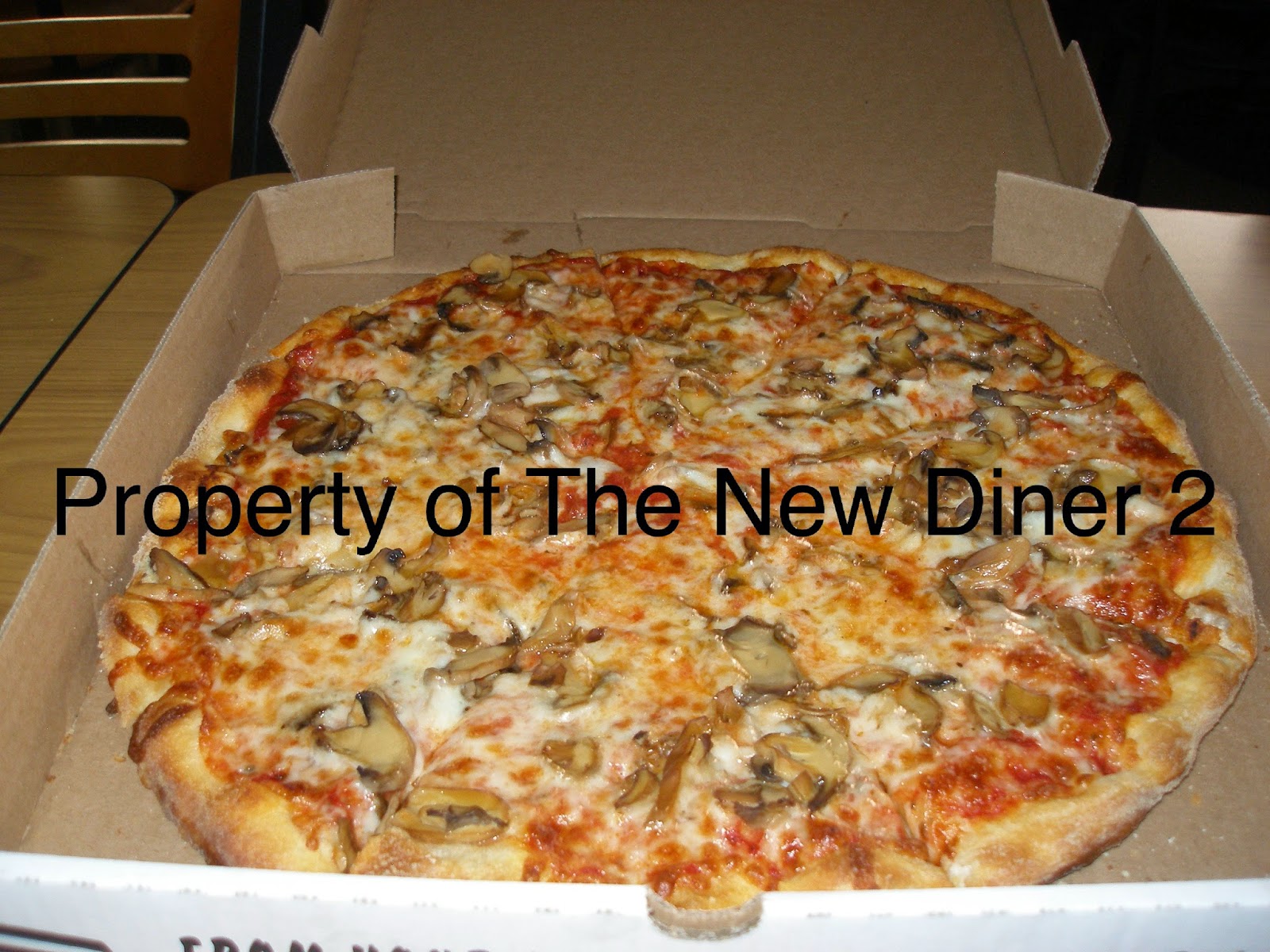 Monday night there is a special, large one topping pizza for $9.75.  So I got a large mushroom pizza, $10.63 with tax.  I wasn't expecting New York style pizza, even though they have New York in it's name!   Just because a pizza place has New York in it's name, doesn't mean they serve New York style pizza! But, the crust was a medium thickness, firm and very good.  It will hold almost any amount of toppings.  The sauce was tangy and bold.  A good amount of cheese and less amount of mushrooms.  I couldn't figure out if the mushrooms were from a can or not.  But, the pizza was good.  I forgot to check what the regular price of a large one topping is, but if it is around $12, it would be worth the price.  Maybe the best in Walnut, but Walnut isn't a city known for it's pizza.  I've tried two pizza restaurants in Walnut, Paradise Pizza and, the now closed, Bella Napoli Trattoria & Pizza, which has been replaced by the chain Pieology.

Service was very good.  The lady taking my order was nice and friendly.

I would go back to New York Pizzeria.
Posted by Johnny Diner at 7:48 PM