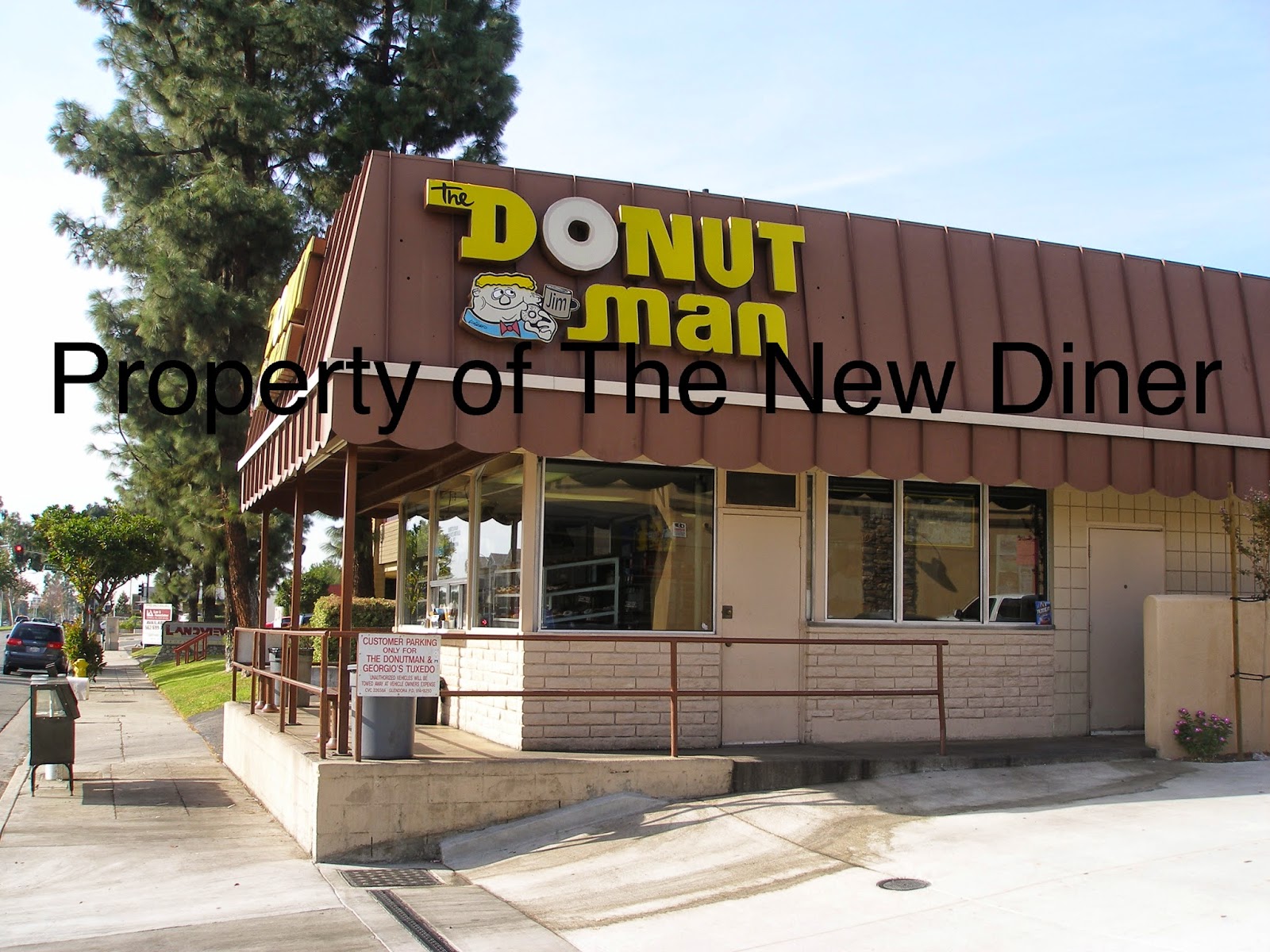 I reviewed The Donut Man in 2008, when their famous strawberry donuts were out of season!  So, I went back after seeing a TV show that strawberry donuts are back! According to the owner of Donut Man, strawberries are in season from about Feb to September.  Peaches-the other fresh fruit donuts, are usually in season around July. 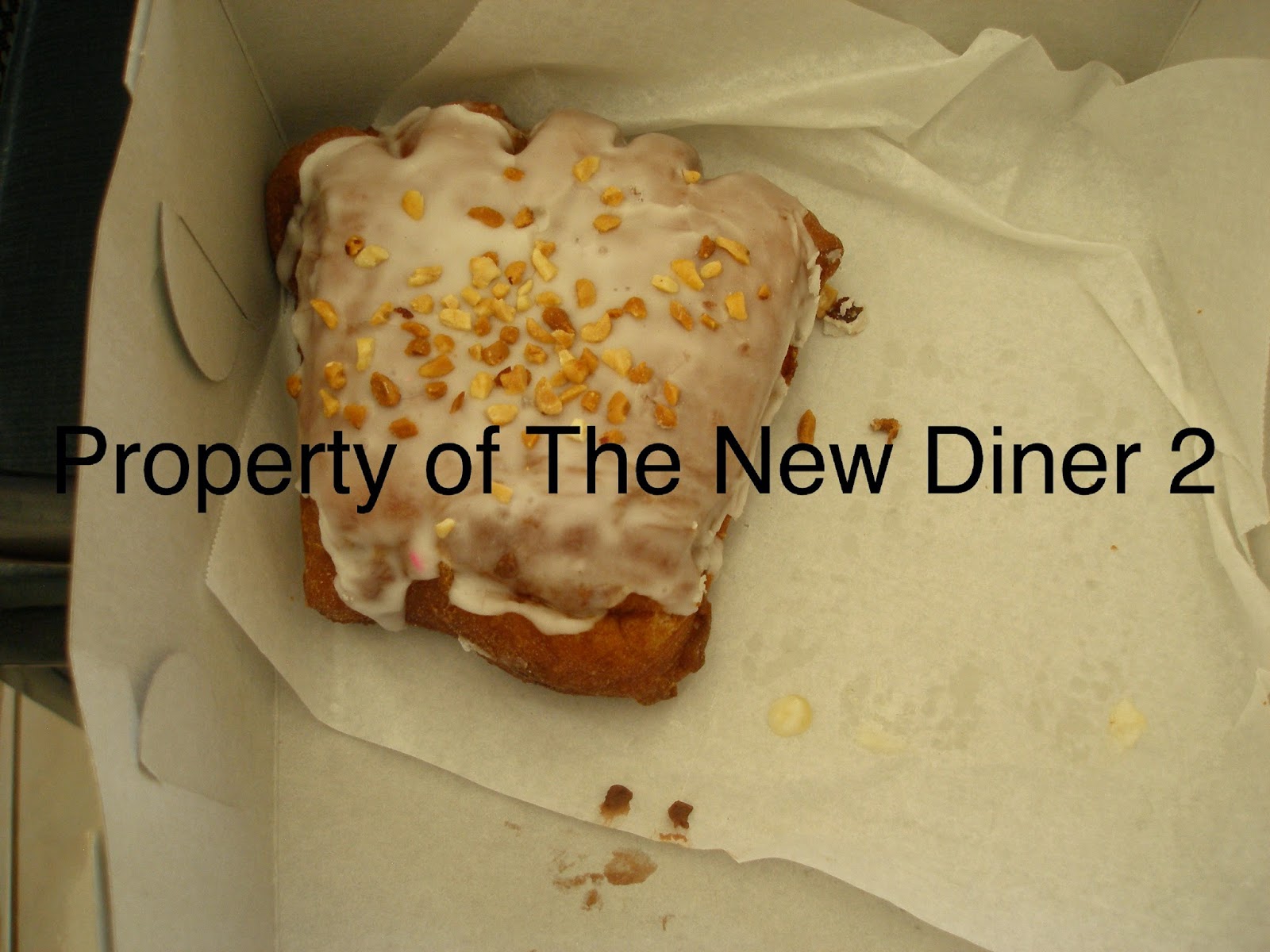 Bear claw, $2.  I always saw bear claws on the menu board but never on the racks.  One day I asked about them and here is the story.  Since bear claws take so much time to make, they are only made once a day, about 2 am!  Yes, that's 2 in the MORNING.  They are usually gone by about 8am that morning.  You can order them in advance.  So I placed an order for some bear claws.

This huge donut is filled with apple, that isn't as overpowering as the apple filled donuts I had in my first visit.  There are also some raisins mixed in with the apples.  The donut itself is very dense, moist and topped with a frosting, with peanuts, that has just the right amount of sweetness.  I liked this donut and it's well worth the $2 price tag. 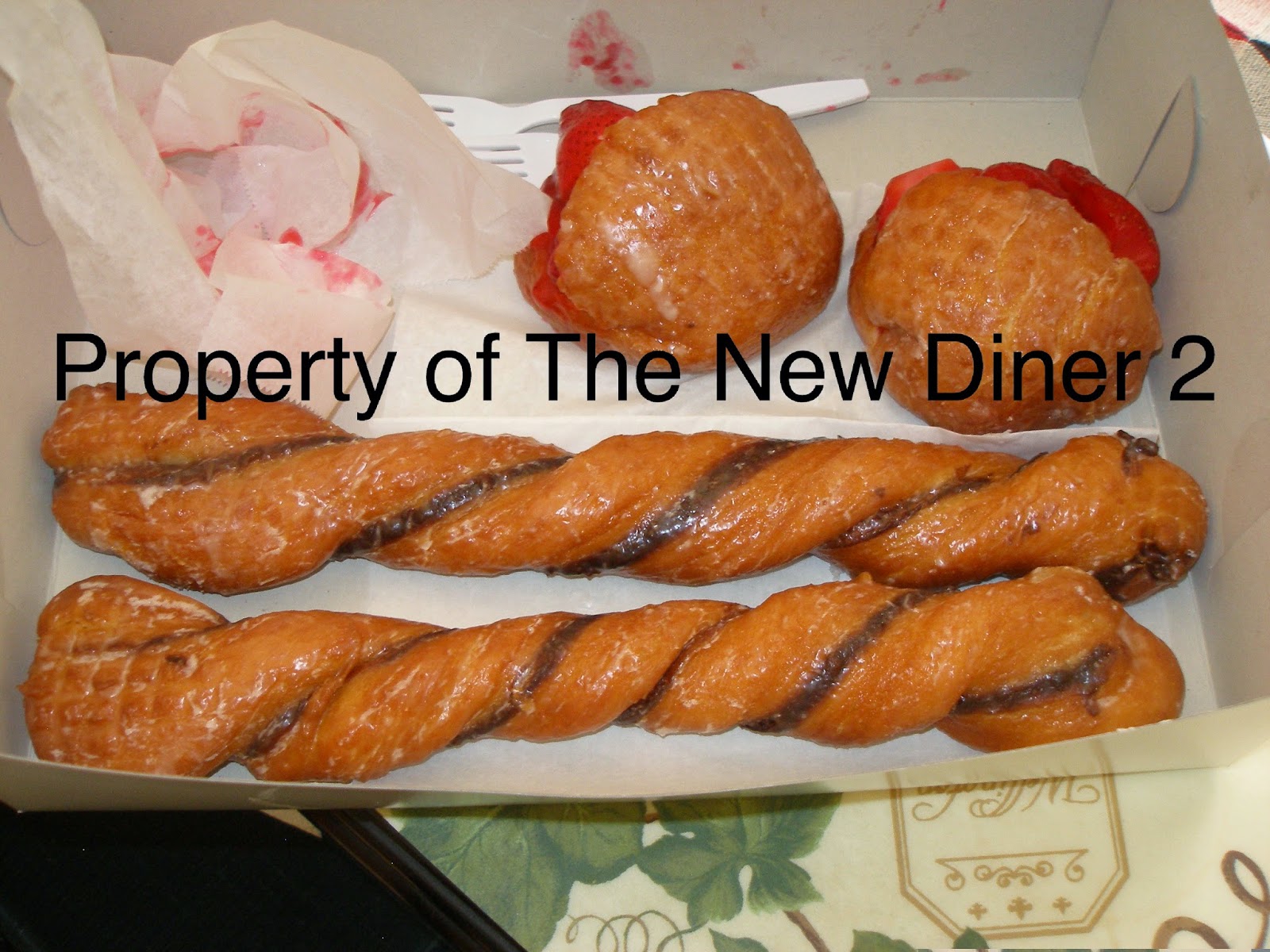 Tiger Tail, $1.75. A long glazed donut with chocolate stripe, this is one of my favorite donuts from Donut Man.  Pretty simple, yet so good. 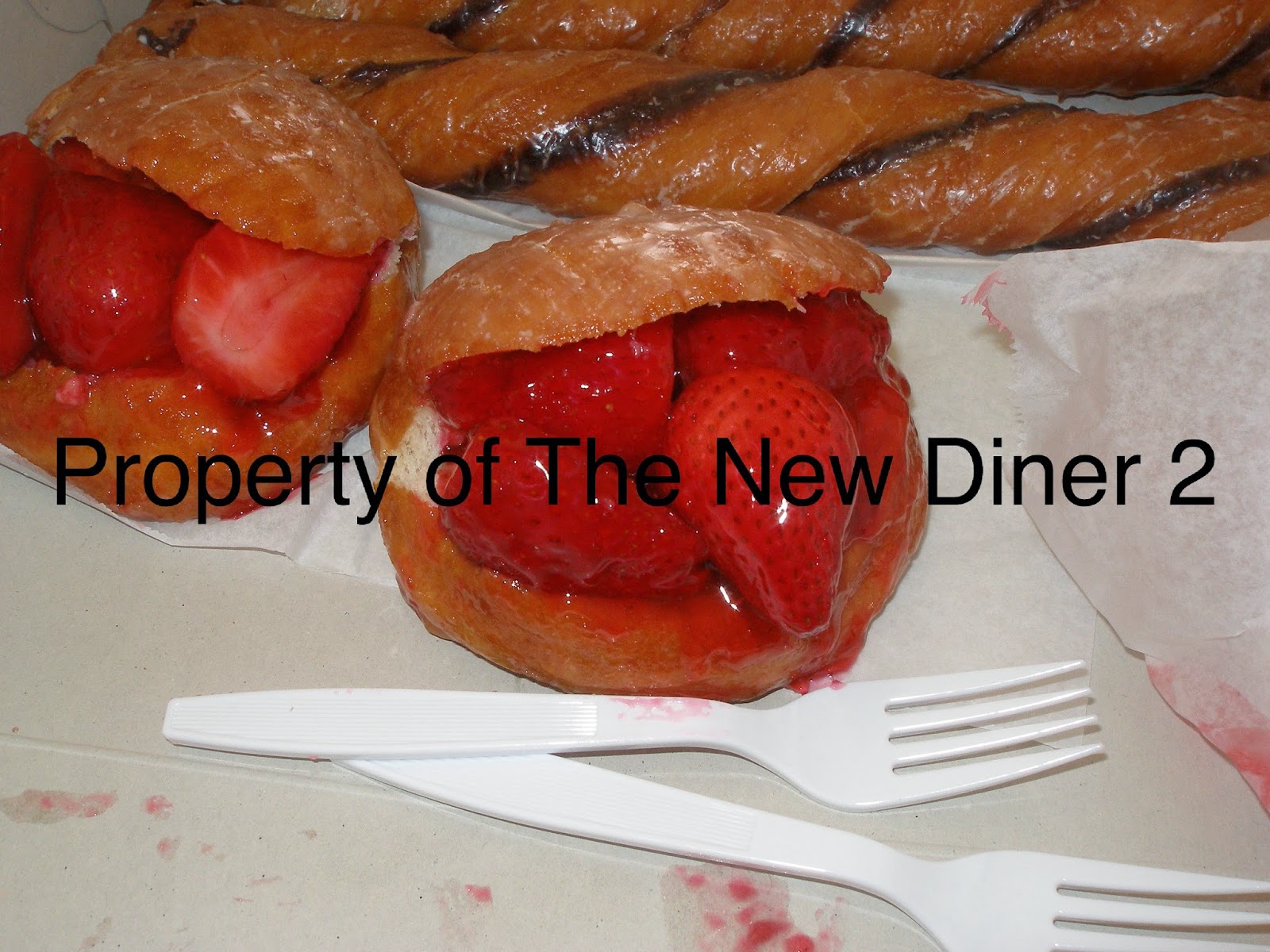 Strawberry donut, $4.  Now, the world famous strawberry donut is packed with fresh strawberries in a nice sauce.  It's good, but not my favorite.  But, worth the time in line and drive, if you never had one before.

Service.  The day I went, service was good.  People were nice and friendly.  Now, if you go at night, service can be lacking.  I'm not talking about the long lines.  During strawberry donut season, long lines are the norm.  Hell, even when strawberry donuts aren't in season, lines can be long around 8pm, because Tiger tails are just coming out, hot and fresh!!  One night I dropped by and I was the only person there.  I walked up and the workers clearly saw me through the window.  I watched as they were making the strawberry donuts.  But, when I got to the window, it took about 5 minutes before anybody said anything to me.  Now, remind you, this is after making eye contact with the worker making the donuts.  They were too busy talking about the NFL playoffs.  When the guy finally came, he kept talking about football, that even though I ordered two donuts, a tiger tail and a chocolate with nuts, he kept forgetting which donut I wanted.  Maybe, if he concentrated on helping the customer, instead of saying the Seahawks are going to win the Super Bowl, he would have been done in about a minute, instead of the 3-4 minutes it took to finally get my order of TWO donuts, right.

A couple weeks later, I called and the owner happened to answer the phone.  To the credit of the owner, I told him the story and he said he would talk to his night manager and staff.  I hope he followed through!

If you're a foodie, Donut Man has to be on your bucket list!