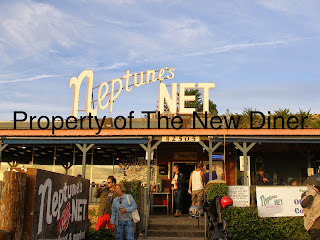 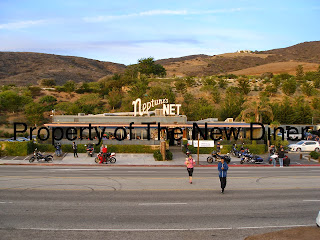 I've always had Neptune's Net on my bucket list of places to try, but never made it out there.  I've been to other seafood places on PCH in Malibu like, Malibu Seafood and Reel Inn.  So, I finally made it to Neptune's Net.

Neptune's Net has basically the same concept like Malibu Seafood.  Communal picnic tables, great views of the oceans, and seafood!  The location says Malibu, but I didn't know Malibu continued in Ventura County!  When driving north on PCH, you see a sign- Entering Ventura County!  It's about a 30 mile drive from Santa Monica!  Neptune's Net draws a very diverse crowd; from the douchebag hipsters, to hikers-lots of hiking trails nearby, surfers, and bikers-more the wannabe Hell's Angels type than the hard core bikers! 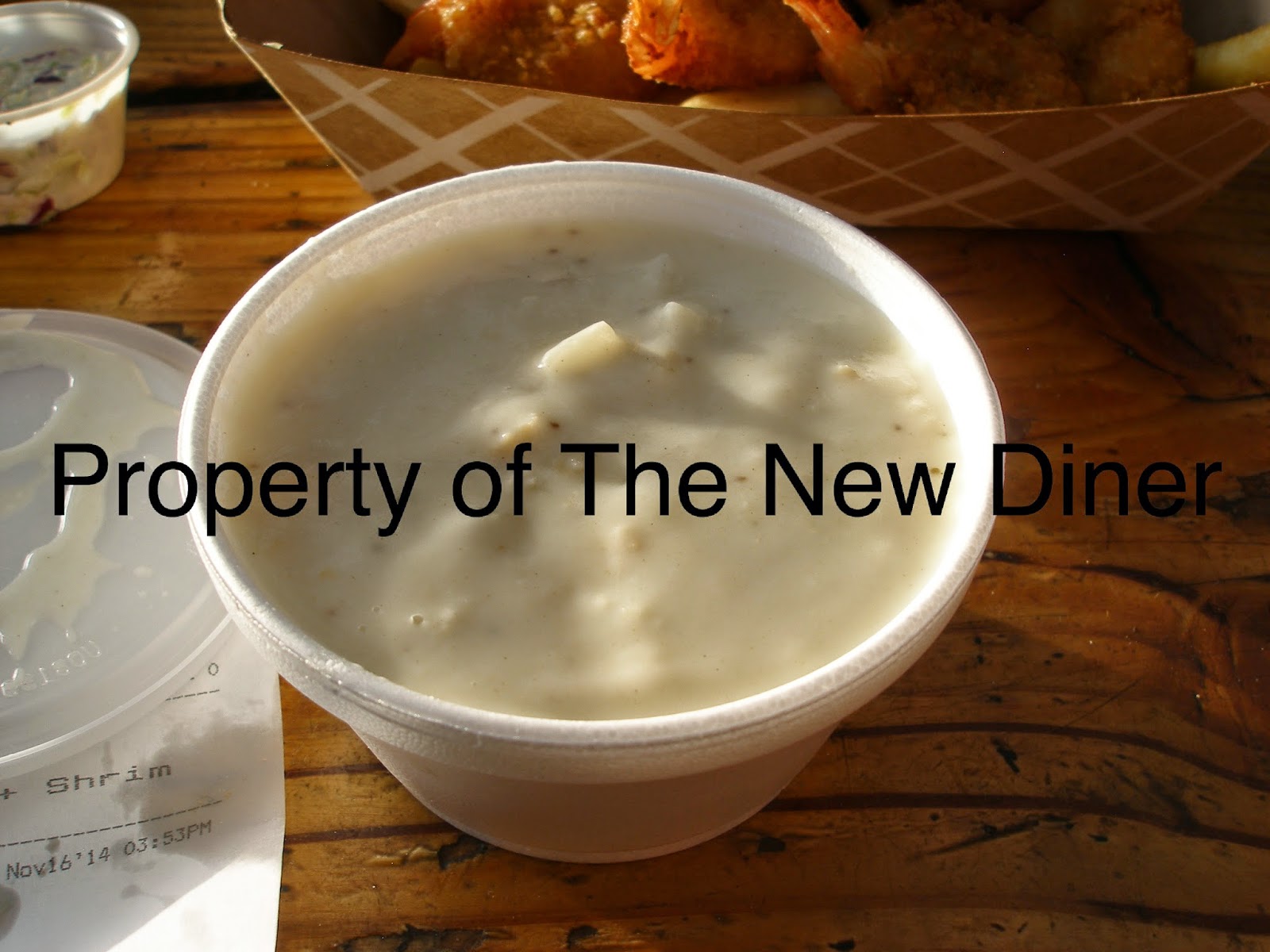 Clam chowder, 8oz, $3.95.  Lots of potatoes, but clams were hard to find.  Nice creamy, hearty broth.  Not too impressed with this example of clam chowder. 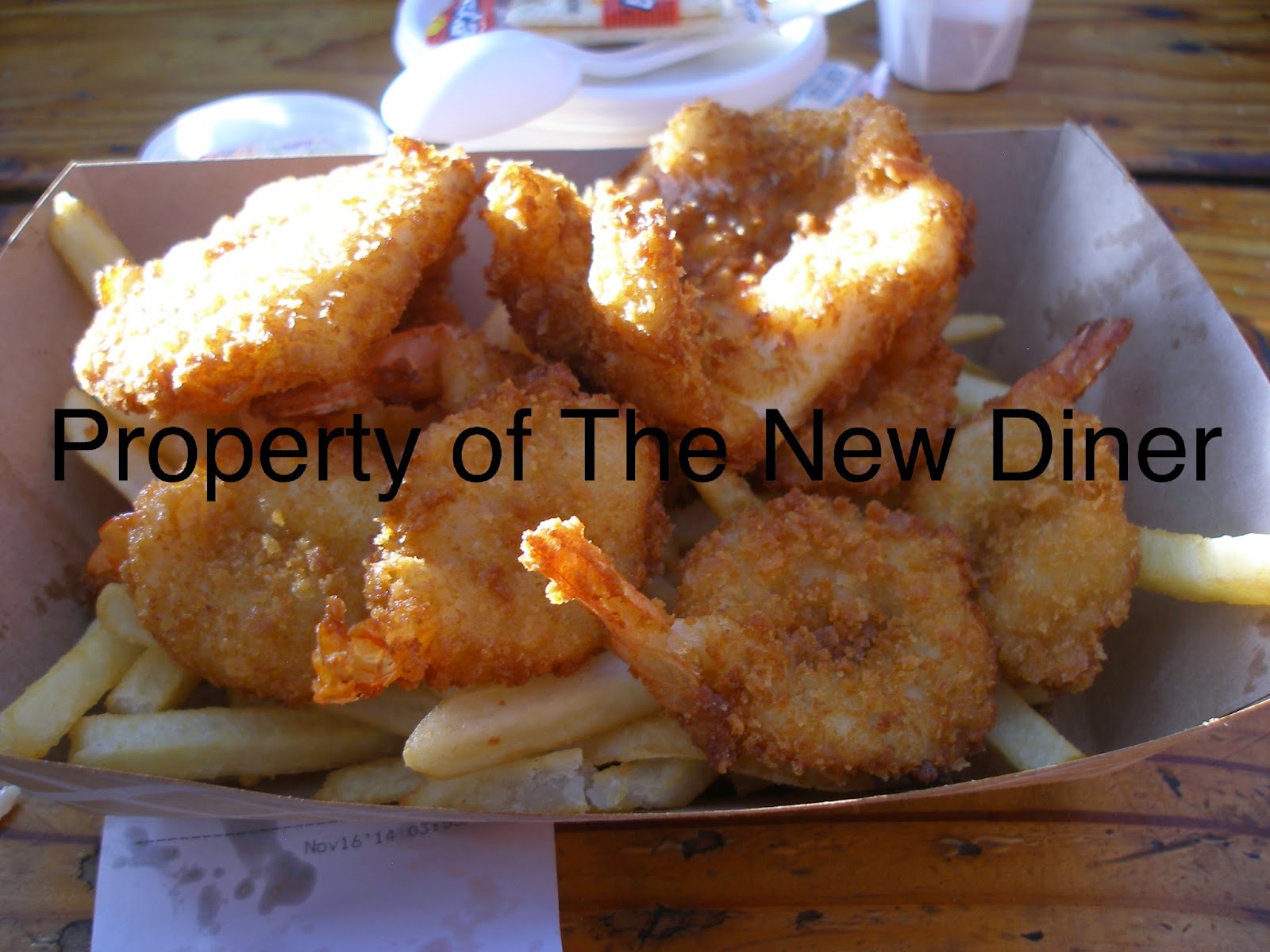 Fried fish and shrimp, double combo with fries, $13.95.  The fish is wild Alaskan cod.  Two big pieces that had been sitting under heat lamps for awhile.  Nice, crunchy batter.  If I had to bet, I would bet the fish were fresh but I wouldn't be surprised if it was frozen.

I'm pretty sure the shrimp was frozen.  Six butterflied shrimp are nice and crunchy, but again, had been sitting under heat lamps.

I asked for fries to be well done, they weren't, again sitting under heat lamps.  As you can tell, I wasn't that impressed with the food at Neptune's Net.

Service was good.  The lady who took my order was very nice and well trained.  She knew who kind of fish they used for the fish and chips, and if there was any bacon in the clam chowder; there isn't.  My order came out quickly, another clue it had been sitting under heat lamps.

If Malibu Seafood was a longer drive than Neptune's Net, I would still go to Malibu Seafood, at least for the fried seafood.  Food wise Malibu Seafood is slightly better, but neither are anything great.  Location gives both places are great advantage, but I don't think they are worth the drive.