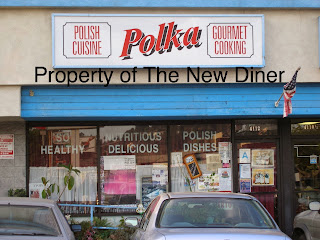 I love Polka Polish Restaurant but I recently heard Polka has undergone an ownership change.  What happened was the nice couple that owned Polka moved back to Poland and a family member took over.  So, Polka is still in the same family, though you won't see that couple who was on the Food Network show with that loudmouth jerk yelling at everybody.

I've had two entrees at Polka; klopsy and cutlet schabowy, but never the pierogies, so I went back to try the pierogies.  The dark cluttered decor has changed.  They painted the walls and declutter so it looks bigger, and it brighter.

The menu items are basically the same, but the actual menus are new.  You still get soup and salad with each entree.  The salads have gotten a little smaller, but I didn't go to Polka for the salad. 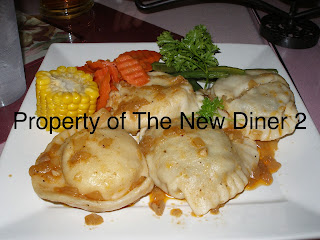 Pierogi, $17.99, sauerkraut & stewed mushrooms and potatoes & cheese with carrots and corn.  The other times I've had pierogies were from the frozen section of the market.  So, I was really looking forward to getting real pierogies from Polka.  I was not disappointed!  Each pierogi was stuffed to the gills and huge. 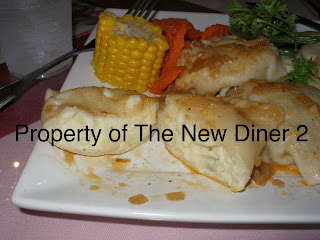 Potatoes & cheese-The potatoes were cooked perfectly, almost like mashed potatoes but a bit firmer.  The cheese was mixed in well with the potatoes and made for a great blend of flavors.  The dough was cooked perfectly and the caramelized onions just added another flavor to this great dish. 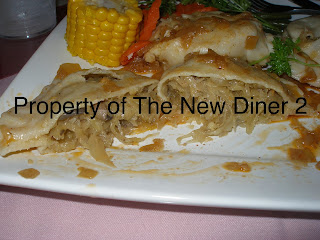 Sauerkraut & stewed mushrooms- They say the Germans know how to make sauerkraut, well the Polish do a damn good job!  The sauerkraut was tangy, but not overpowering.  The mushrooms were cut into smaller pieces and well cooked.  I really liked both pierogi and would have a hard time choosing which one is my favorite.

Service is friendly, but below average.  The new owners are friendly, but they are overwhelmed.  There were only two people serving and the entire restaurant was full.  Drink refills only came when asked.  The couple at the table next to us was seated after us, but got their soup before us.  But, that's ok, because we got our entrees before them!  They really need to staff the dinner rush with three servers, or at least a busboy.

Despite the below average service, the food at Polka is great.  I would go back anytime, and I may even order some pierogies to go the next time I'm there!
Posted by Johnny Diner at 9:06 AM