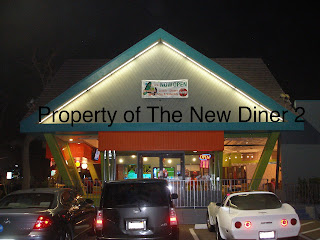 Lil B's Urban Eatery is owned by the former owner of Brian's American Eatery. The word is the two business partners had a falling out and closed Brian's. I don't get into any feuds and was happy to hear that Brian's will continue in some form.  The main differences I noticed was that Lil B's had a smaller menu, more update interior, higher prices and better parking. 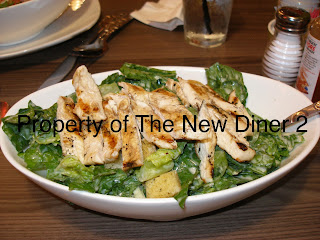 Half chicken caesar salad, $8.99.  This was a pretty good salad of a chicken caesar salad.  The romaine lettuce was fresh and crunchy.  The chicken was served warm and had a few too many char marks.  It was basically flavorless and was missing salt.  The dressing wasn't as thick as other caesar but tasted just fine.  I liked the fact they didn't drown the salad with dressing. 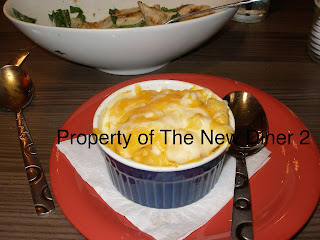 Side of mac and cheese, $2.49.  This was a blend of three cheeses and very well cooked macaroni.  I hate it when the macaroni is mushy.  It was good, but quite frankly, a rip off at $2.49 for such a small portion.  Two to three spoonfuls and this was done.

Service was friendly but lacking.  We were seated and it took forever for our server to even come by.  At first I thought she was the only server, but there were at least two other servers working.  Not sure what was going on, but I was hungry and wanted to get my order in!  She also wasn't refilling drinks quickly.  The ice had already melted and still no refills.