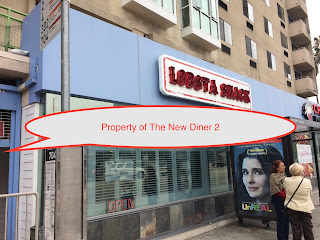 Lobsta Shack is the brick and mortar version of the very popular Lobsta Truck.  Now, I've never chased the Lobsta Truck, but overwhelmingly they got great reviews.  So I was looking for to trying Lobsta Shack.  I wanted to compare it to Knuckle & Claw, a very good place to get a lobster roll!

Located next to the old WalMart Grocery store, that closed down after a few years, Lobsta Shack is a huge restaurant.  But, it was empty the day I went. 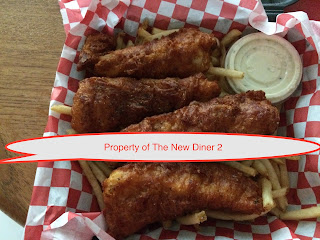 Fish and chips, $11.  The fish is cod.  The batter wasn't good- kind of soggy and not fresh.  Either the oil they used was old and dirty or the fish was in the fryer for too long because the color of the batter is awful.  The fries, while plentiful, was from the freezer.  Not impressed. 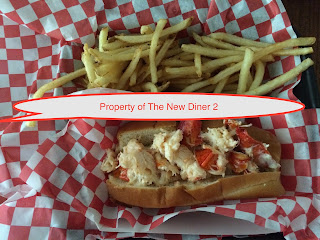 I was disappointed in Lobsta Shack.  I won't go back.  I'll pay a little more and get a better quality lobster roll!
Posted by Johnny Diner at 10:53 AM