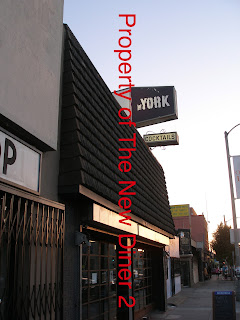 Just a few blocks west of Maximiliano, is The York a gastropub on, suprise, York Blvd.  There is no signage on the back of the sign in the picture above.  So, if you're heading east on York Blvd, you won't see the sign for The York.

The York is a large and wide bar.  It was pretty full the night we went and it was only about 7pm.  The only menus are written on chalk board and hanging on the east and west walls of the building.  Interesting!  The other interesting thing is that all orders are taken at the bar!!  There are no servers, just a young woman you brings your food to your table.  If you didn't know about this policy, you would be sitting at a table for a long time.  When you place your order you are given a number and when I saw the numbers, I kinda of figured out we needed to order at the bar. 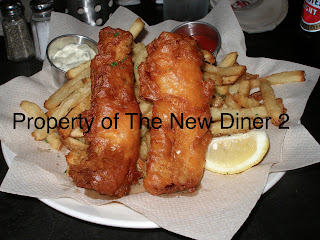 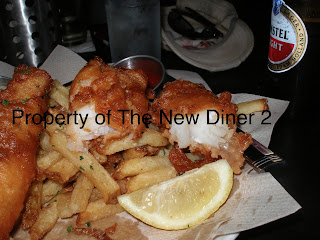 Beer battered fish and chips; $15.  I was told this fish used is cod, but tasted more like tilapia.  The batter was light and crispy as every beer batter should be.  The fish was fresh and flavor, but I don't think it was cod.  But, the fish was luke warm at best and very greasy.  It had clearly been sitting under heat lamps for too long.  I knew something was up when about five minutes after placing my order, the fish and chips arrived.

The chips or fries were pretty good but again lukewarm and not cooked to order. Not worth the $15 price at all. 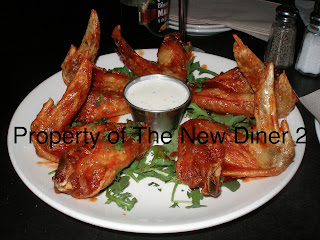 Sriracha and honey wings, $10.  I would be the ratio fo sriracha to honey is 40% to 60% because this was just too sweet.  There was no heat from the srircha.  The wings themselves were huge and had a lot of meat.  But, like the fish and chips, the wings were lukewarm.  Doesn't The York believe in cooking items to order?

Service is good.  But, you need to know their system.  The bartender was nice and helpful.

The York maybe a nice place to hang out with your friends, but the execution of the food is lacking.  Come on cook the items to order, so they are hot.  I won't be coming back to The York for the food, anytime soon.